Popcorn Frights Film Festival is South Florida’s first and only horror film festival celebrating the best genre films from around the world.

Today the spotlight is on the films playing on Friday, August 12th…

The festival kicks off with the feature film “Fear, Inc” preceded by the short film “Portal to Hell” at 7pm.

FLORIDA PREMIERE. Your worst fears realized…for a price! Fear, Inc. is a fiendishly twisted and deliriously fun love letter to genre movies that’s a mind-blowing horror-show cocktail of blood, guts, and screams. When a horror junkie and his friends sign up with a company that brings their customer’s greatest fears to life, they must quickly determine if its demented employees are there to scare them, or make them pawns in their own sick and deadly game. Like Wes Craven’s Scream, Fear, Inc. inspires outsized frights and dread even as it hilariously skewers and splatters horror movie cliches in funny, spirited ways. Featuring a special appearance by Abigail Breslin (Zombieland).

PORTAL TO HELL – A crusty and recluse superintendent is thrown into the ultimate fight against evil when a couple of cultists open a portal to the ancient and mystical city of R’lyeh, awakening slumbering god. Starring Roddy “Rowdy” Piper (They Live) in one of his last onscreen performances.

Next up is the feature film “The Blackcoat’s Daughter” preceded by the short film “The Pond” at 9pm.

SOUTH FLORIDA PREMIERE. In this atmospheric, brutal, and darkly beautiful film, two young students at a prestigious prep school for girls are assailed by an evil, invisible power when they are stranded at the school over winter break. Easily one of the most unforgettable horror films you’ll see all year, The Blackcoat’s Daughter is frightening with razor-sharp tension and a suffocating, intense atmosphere which grips from the first frame and doesn’t let go. Starring Kiernan Shipka (Mad Men), Emma Roberts (American Horror Story, Scream Queens) and featuring original music composed by the legendary Elvis Perkins.

FLORIDA PREMIERE. Breathtakingly beautiful and sharing an artistic vision with Guillermo Del Toro, The Pond is set in the early 1900s and follows a young girl who tries to unravel the mystery of the dark pond behind her family’s mansion.

The night ends with the feature film “Ghost Team” at 11pm.

FLORIDA PREMIERE. Starring Justin Long (Jeepers Creepers), John Heder (Napoleon Dynamite), David Krumholtz (Harold & Kumar Go to White Castle), and Amy Sedaris (Unbreakable Kimmy Schmidt)! Desperate to escape the monotony of his daily life, paranormal-obsessed Louis (Jon Heder) puts together a dysfunctional team — his depressed best friend, misfit nephew, a cable access “medium” and an overeager security guard—to mount his own investigation into the beyond. What results isn’t just a hilariously terrifying brush with the entities haunting an abandoned farm, but also an exploration of friendship, adventure and the things we all believe in to keep going. Everyone’s hunting for something.

The complete festival schedule, badges, and tickets can be found at PopcornFrights.com.

New Trailer: BLOODY HELL – In Theaters, Drive-Ins, and On Demand on Jan 14 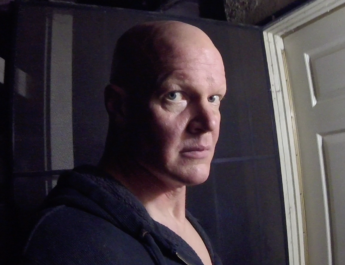 Candyman and Jason Team for the “Chilling” #FROMJENNIFER !