Following a successful festival run and the recent release in UK and Canada on AMC Network’s platform SHUDDER, THERAPY will be introduced to foreign buyers at the next edition of the American Film Market.

After being screened at the prestigious Sitges Film Festival, Screamfest LA and Fantasia Montreal, THERAPY has become one of the most talked about French horror movie of the year. The 16 year old Nathan Ambrosioni, directing his second feature, delivers one of the most intense found footage movies around. It follows two policemen investigating video equipment they found in an abandoned house. This will lead them to discover the horrific crimes of a serial killer.

Also presented at the American Film Market, THE MUSK, a slasher horror movie with a deranged mutant scarecrow killer. Directed by Italo-American George Nevada, THE MUSK mixes Lovecraft with THE WIZARD OF OZ and recalls the horror movies from the Eighties.

THE MUSK – NEW TITLE – MARKET PREMIERE
USA/Italy 2016 – 80 min. – Horror – English
The farmer Tony Maio turns into a fierce mutant because of a meteorite impact on Earth. Disguised as a scarecrow in order to hide his appearance, he starts to kill people to satisfy his bloodlust.
TRAILER: https://www.youtube.com/watch?v=DmMTU_Bk9Oo 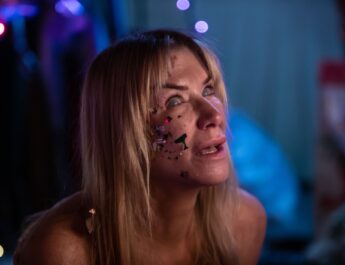 Meet ‘Pretty Boy’ in the Brand-New Trailer for BLIND!