American Indie The Anatomy of Monsters, a Gritty Serial Killer Romance, to be Released on DVD & VOD

Dark, disturbing and unpredictable, this indie thriller revolves around a seemingly normal yet homicidal young man who ventures out one night in search for prey. At a lonely bar he meets a young woman, takes her to a hotel room, ties her up and prepares for the kill…until he discovers the woman harbors secrets far worse than even he could imagine. What unfolds is a diabolical game of cat and mouse, and a soul bearing confession of love and death. Byron C. Miller, seemingly inspired by the gritty indie filmmaking of 1960s era John Cassavetes, Jim Jarmusch’s Stranger Than Paradise and Gus Van Sant’s Mala Noche, directs this unnerving tale of murder and amorality wrapped around an unconventional love story.

“A subtle type of terror that slips into your mind and festers causing a great deal of unease and tension.” – Ain’t it Cool
“A fascinating, well-acted, well-written study into the lives of serial killers.” – Gruesome Magazine
“…An unexpected atmospheric gem…if you’re in the market for an engaging character study…The Anatomy of Monsters will not disappoint.” – Cinema Slasher
“Cerebral, well written and acted, and really made me feel like I needed a few extra showers after I watched it.” – Famous Monsters of Filmland

The Anatomy of Monsters will be released November 15, 2016 on DVD and VOD/Streaming 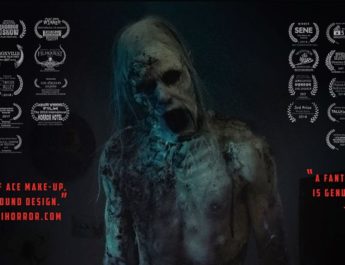