After a successful run in festivals, as well as DVD and Blu-ray, the hit cult comedy DER BUNKER is now available on many leading VOD Platforms.

Available on the following sites:

“There is not a single area where this film does not deliver and then some. – 10KBullets

“Der Bunker is a captivating gem…Fans of unusual, unsettling David Lynch-type stories should put this one at the top of their must-see list. – 28DLA

“The most interesting movie I’ve seen this year for its sheer originality. Der Bunker crosses the charm of Wes Anderson with David Cronenberg’s bizarre perspective. Sit back and enjoy its uniquely unsettling storytelling. – DoBlu

“One of the oddball breakout films of last year. – ScreenAnarchy

“Plays out like a combination of The Miracle Worker and David Lynch’s Twin Peaks… challenging, sweet, inspirational and totally off its fucking nut.” – MonsterMovieApp

“Easily one of the most unique and truly bizarre films I have seen this year, and that is saying something because I have watched some crazy ass movies this year. I honestly believe that this is destined for cult status.” BlurayAuthority

“So bizarre…indeed very, very weird. Der Bunker is something like The Baby meets 10 Cloverfield Lane as co-directed by John Waters and Takashi Miike (in German).” – iHorror

With his surrealistic and dark, yet strangely heart-warming approach towards an unusual family’s world, DER BUNKER’s director Nikias Chryssos may well be the nephew of John Waters and the illegitimate son of David Lynch and Luis Buñuel. It all begins when a student (Pit Bukowski, Der Samurai) rents a room in a bunker home nestled deep within a forest. Here, instead of finding tranquility for his studies, the young man becomes increasingly involved in the dramas of his landlord’s family. They include the stern father, his wife (whose swollen leg almost takes a life of its own) and their precocious 8-year-old son Klaus who, despite being German and “learning-challenged,” is being home groomed to become the President of the United States. Initially friendly and welcoming, the situation for the student becomes increasingly bizarre. 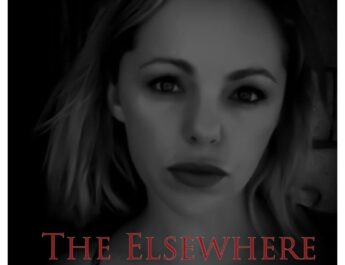 Lorcan Finnegan’s Without Name Hides Something in the Woods