Horror Channel, owned by CBS Studios International and AMC Networks International, today announced that it will become the exclusive UK television broadcaster of “Star Trek: The Original Series” as of Wednesday, 4th January 2017.

“Star Trek” has aired on CBS Action, another member of the CBS UK channels portfolio since 2009, and its move to Horror Channel in 2017 comes as Horror Channel reinforces itself as the cult TV destination for the lovers of expertly curated horror and science fiction. “Star Trek” will be played out every weeknight at 6:00pm with a following weekday repeat at 9:00am.

Mike Moriarty, President, AMC Networks International UK and Central Europe, said today: “We are pleased Horror Channel will become the new exclusive home of “Star Trek: The Original Series” on UK television and for this iconic show to join our amazing line-up of well-loved and cult science-fiction and fantasy series and movies. We’re excited to boldly go with the original Enterprise crew on all their classic adventures.”

Horror Channel previously hosted the classic “Doctor Who,” a similarly sci-fi themed series with great success: Who on Horror, Horror Channel’s “Doctor Who” branded slot attracted over 3.8 million people during 2015. Irwin Allen’s “Land of the Giants” was the first series to attract over 100,000 adult viewers to a single episode and Horror Channel’s highest rating premiere series in the last 3 years.*

About Horror Channel
Horror Channel is the UK’s original channel dedicated to the dark side of cinema and television. With an eclectic mix of ground-breaking and genre-defining content including niche, cult and box office smash movies along with fantasy, sci-fi and supernatural series, you’ll be entertained and terrified.

Available in over 26 million UK households, Horror Channel and timeshift channel Horror Channel +1 reach an average of 3.3 million adults every month. Popular shows include TV series Tales from the Darkside, The Invaders, The Incredible Hulk and Hercules: The Legendary Journeys; a movie portfolio spanning all horror genres featuring some of the most controversial films made in the history of horror.

Launched in November 2009, Horror Channel is part of the fastest growing portfolio of entertainment channels in the UK, a partnership between CBS Studios International and leading international broadcaster AMCN International – UK. 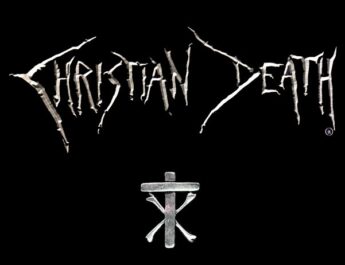