This press release writer is a seasoned horror film fan, but I shamefully admit having my eyes closed for a more than few of the intense scenes in the first part of Deadly Virtues. The film has been called “Fantastic…masterful…superb.” by Ain’t It Cool; “A delightful, suspense filled thriller..you’re gripped from start to finish.” by BritFlicks and “Entertaining…engaging” by VideoViews.

This home invasion thriller with a fantastic twist was directed by Ate de Jong and stars Megan Maczko, Matt Barber and Edward Akrout. This film is now out on many VOD sites including: 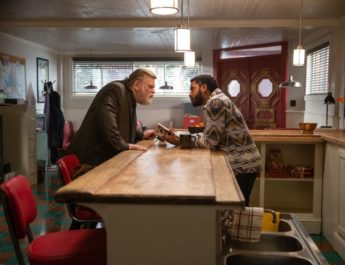