What happens when a warrior, a cat, a cyborg, and a ghost must team up to
save their homelands?

Towards The Pantheon is a 2D top down role playing game with horror elements by developer Connor O.R.T. Linning where four unlikely heroes venture through dangerous worlds and suffer great hardships in order to defeat the source of The Sworn Light at The Pantheon.

Gone are the RPG cliches of potions, wars between elemental gods, and plots of youngsters who accidentally stumble upon a magic power that allows them save the world. Instead Towards The Pantheon focuses on the simultaneously lighthearted, fun, dark, and painful adventure of Freyja the warrior, Bam the cat, Mishima the cyborg, and Phenez the ghost.

Whether it be silent protagonist Freyja searching for self confidence to overcome her mutism, Bam wishing he was back home with his stash of catnip, Mishima’s conflict over whether she must replace her heart with a computer chip in order to fit into her cyberpunk society, or Phenez’ dark struggle for redemption, Towards The Pantheon deals with personal and philosophical topics that all players can relate to.

Towards The Pantheon combines stylistic elements and gameplay mechanics found throughout action, adventure, role playing, science fiction, fantasy, and horror games while also exploring new territory. While lead developer Connor O.R.T. Linning is influenced by classic games such as Paper Mario, Golden Sun, and Silent Hill, Towards The Pantheon is a game that aims to leave its own mark of originality by bending the rules of game mechanics, storytelling, pacing, and audio found in traditional RPGs.

While seemingly cute and lighthearted on the surface, Towards The Pantheon is designed to build character relations and invest the player in the story, world, and characters. When the group finds themselves having to trek through an abandoned mansion, everything changes. Gamers familiar with series such as Resident Evil, Silent Hill, Parasite Eve, Fatal Frame, and Haunting Ground will find the dark atmosphere they crave along with numerous twists and turns.

The battle system of Towards The Pantheon differs from traditional turn based RPGs in various ways. Each character has unique battle mechanics that requires the player to be strategic. Freyja uses Health Points and Stamina Points (HP/SP), Bam uses Health Points and Energy Points (HP/EP), Mishima uses Central Processing Unit Points and Graphics Processing Unit Points (CPU/GPU), and Phenez uses Necro Points (NP). Along with this diversion from the standard HP/MP systems found in most RPGs, each character upgrades their battle capabilities and overworld abilities in different ways.

On top of that, the battle system uses cards and combinations (combos). These allow the player to find collectible cards throughout the game that can be used in various combinations to summon ancient powers in battle while also offering backstory and lore. All of these battle mechanics come together to create a unique, intricate, and original turn based RPG.

The world of Towards The Pantheon can be fully traversed similar to the large worlds of Zelda, and players can ride cute hamsters named Speedsters to cut down on unnecessary backtracking. A race of wild Llamas have filled the world with shops so that players can purchase and sell a wide variety of interesting items.

The music for Towards The Pantheon spans various genres, ranging from orchestral to noise to chiptune to breakbeat. The result is a soundtrack that combines a familiar retro style found in Super Nintendo, Gameboy, and Sega Genesis soundtracks with modern production techniques and recording techniques often unheard in traditional 2D RPG music. Soundtrack demos can be heard on Soundcloud at
https://soundcloud.com/connor-ort-linning-wip/sets/towards-the-pantheon-demos

Towards The Pantheon is roughly halfway through development and is currently aiming for release at the end of 2017 on PC, Mac, and Linux. After the initial release I will be immediately looking at iOS, Android, and Windows Phone 8 mobile ports, possible Tizen and Amazon Fire ports, as well as console ports (Xbox One, PS4, PS3, PS Vita, Razer Forge, etc) if the game is successful and development kits and licenses can be acquired.

Social media pages for Towards The Pantheon are updated daily with new screenshots, pixel art videos, development blogs,  and soundtrack demos, and myself and my pixel artist Leandro livestream development of the game regularly on Twitch. 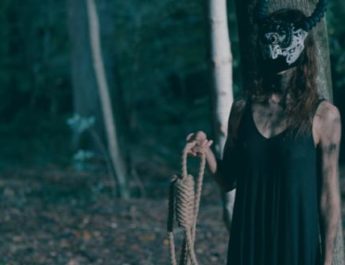 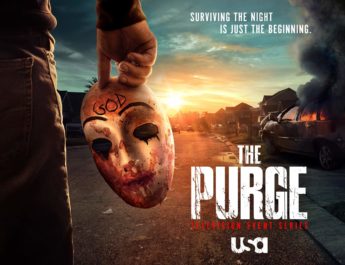