Shows like Netflix’s Stranger Things and throwback products like the newest incarnation of Garbage Pail Kids are getting folks nostalgic for days gone by. The new retro trading card series, Blood Drive: The Parody Collection, was introduced via Kickstarter on March 14th, promises to transport fans back to the glory days of childhood.

Blood Drive’s innovative concept was conceived by St. Louisan Bobby Akers Jr.’s company RetroDrive and are being produced in conjunction with Sidekick and Iron Dead Studios. These trading cards explore pop culture through the adventures of a genetically engineered bat named Radar lovingly lampooning some of the most popular comic book, gaming, film and television franchises over the last fifty years, from Star Wars to Ghostbusters and SpongeBob to The Walking Dead, while celebrating the fandom that has made it all so popular and long lasting.

The cards are being manufactured by Sidekick, which has produced popular card sets like Mars Attacks Occupation for Topps, The Melty Misfits: Series 2 and is currently having great success with Creeping Flesh: Dan Brereton’s Monster Girls. The decision to partner with a company like Sidekick was years in the making. “I had been researching for a production facility that would meet the retro ’80s and 90’s requirements of the project that was being developed,” reveals Akers. Sidekick delivered with old-school packaging and printing processes.

In development for over a year, the Blood Drive series originally started out as a hardcore horror story that evolved into the current trading card line. “Since my childhood I’ve been fascinated by bats, Halloween and pop culture,” says Akers. “I was looking to develop a project that was fun and something that would relate to a general audience.” A focus of RetroDrive is to offer unique sets that can’t be found anywhere else. Collectors were given an advance look with four previously released promo cards, including a Non-Sport Update Magazine exclusive and a test wax pack Creature Collection featured at both Wizard World Chicago and the Philly Non-Sport Card Shows.

To assist in funding the production of Blood Drive, RetroDrive set up a Kickstarter campaign (http://kck.st/2n5AKMA) that runs until 7pm CDT April 28, 2017. Donation levels range from $10 up to $520, and rewards include a Vintage Style Trading Card Collector’s Box Set which will contain a complete set of 63 vintage style base cards printed on chipboard just like the trading cards in the 80’s, 1 sticker card and 1 of 4 box set exclusive metal cards, 63-card uncut sheet and metal parallels cards.

In addition, specialty merchandise such as a collector’s album, 5-card holofoil preview set, double metal card sets, and one-of-a-kind artist sketch cards will only be available to Kickstarter donors.

With the campaign reaching the minimal funding goal in under an hour, Akers is currently working on some stretch goals for add-on merchandise. 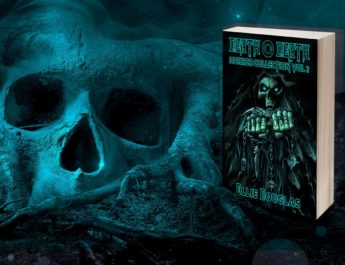 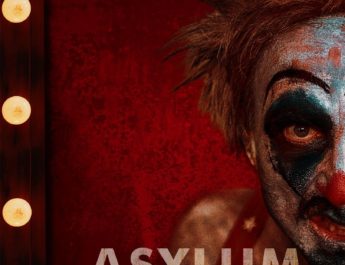 “Age of the Living Dead” – Season 1 Now on Amazon Prime