PUT THE OI IN EXPLOITATION

BrinkVision is releasing the exploitation festival favorite The Ungovernable Force on VOD, DVD, and Limited Edition Blu-ray on April 11th. The Ungovernable Force is Paul M McAlarney’s second feature film, and gives the expliotation genre a much deserved kick in the face. McAlarney’s conviction that exploitation film is the most honest genre of video out there, gives the audience exactly what they want: sex, taboo, violence, comedy, and excitement. The film begins as a coming-of-age dramedy that follows a group of punk rockers and their ongoing conflicts with the local police, but before the film is done, the audience has been forced to swallow a community of bums and their chemically-enhanced black magic religión, blood, guts, gore (that is schlocky enough to impress Roger Corman), a mafia family and its hyperactive Don, a Fascist vs. Progressive political race, rape-inclined Nazi cops, multiple bizarre sex scenes, biochemical warfare, and, of course, speaking monsters. Yup, monsters. But it’s not just a smorgasbord of crazy ideas flung haphazardly together, there is also a number of b-movie, horror, and punk cameos, such as Tony Moran (John Carpenter’s Halloween), Bill Weeden (Troma’s Sgt. Kabukiman, NYPD), Lloyd Kaufman (Troma co-founder), Debbie Rochon (1990’s “Scream Queen of the Decade”), Apache Ramos (The Warriors), Nic Cramer (Award-Winning Porn Director), Nick Cash (999), Steve Ignorant (CRASS), Shend (The Cravats), Steve Lake (Zounds), Zillah Minx (Rubella Ballet), and Mensi (Angelic Upstarts), and the soundtrack includes punk hits from the 1970s to today. The Ungovernable Force is a must-see flick for just about everyone, except of course the easily offended and faint of heart.

The Limited Edition Blu-ray (100 copies) includes the feature length film Gay Jesus, and tons of special features that are not on the DVD.

The Ungovernable Force brings you to a world of sex, violence, punk, and schlock and doesn’t let you leave! A bunch of punks team up with the local community of bums to defeat a fascist sheriff and his two deputies, all while the resistance’s de facto leader Sal Purgatory deals with the trials and tribulations of being a twenty-something year old punk: heartbreak, chronic nightmares, carnivorous bums, rapist cops, unpredictable reactions to drug cocktails, mutants, and working at a sex shop. Sex, violence, and taboo are pitted up against political correctness in this exploitation film that criticizes fascism, police brutality, sexism, classism, racism, homophobia, and, of course, political correctness itself. ‘The Ungovernable Force’ flips the bird to the status quo and lets the blood-soaked chips fall where they may! 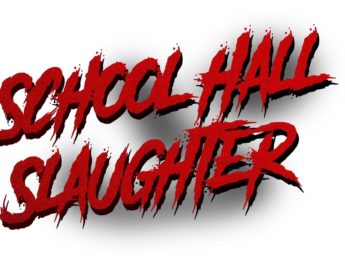 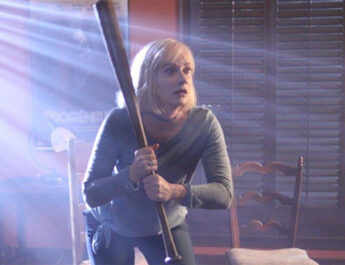