Twice Upon an Apocalypse, a Lovecraftian anthology edited by Rachel Kenley and Scott T Goudsward

These aren’t your mother’s fairy tales.

Throughout history parents have told their children stories to help them sleep, to keep them entertained. But we’re pretty sure none of those parents had this in mind. These are the fairy tales that will give you and your children nightmares. From the darkest depths of Grimm and Anderson come the immortal mash-ups with the creations of HP Lovecraft.

The stories in Twice Upon an Apocalypse will scare and delight “Children” of all ages!

“The Pied Piper of Providence” by William Meikle

“Little Maiden of the Sea” by David Bernard

“The Great Old One and the Beanstalk” by Armand Rosamilia

“In the Shade of the Juniper Tree” by J .P. Hutsell

“The Horror at Hatchet Point” by Zach Shephard

“The Most Incredible Thing” by Bracken MacLeod

“Let Me Come In!” by Simon Yee

“The Fishman and His Wife” by Inanna Arthen

“The Ice Queen” by Mae Epson

“Once Upon a Dream” by Matthew Baugh

“Cinderella and Her Outer Godfather” by C.T. Phipps

“Sweet Dreams in the Witch-House” by Sean Logan

“The King on the Golden Mountain” by Morgan Sylvia

“The Legend of Creepy Hollow” by Don D’Ammassa​

This title is ready to purchase from 30th May 2017 and will be published in both eBook and paperback formats. 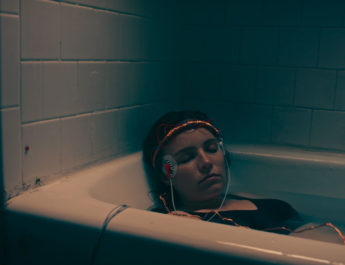