An extremely smart, talented first novel… Brutal and touching…
paced like a crime novel..’
Jack Ketchum, author of Off Season

‘The Trainspotting of supernatural prose’
Liam Sharp, author of God Killers
Published on 27th April 2017
Demy Paperback, £12.99,
256 pages
ISBN 9780715651766
—
The Truants is a startling, noirish tale of immortality, bloodlust and rage, giving a fresh twist to the traditional vampire novel.

Following his lover’s suicide, the last of the ‘old-ones’– ancient, near-immortal beings as clever as they are ruthless, and unable to withstand the light of the sun – has had enough of this world gone to ruin and decides to finally end his existence. Yet as he waits for the burning dawn on a bench near a council estate, he is held up at knifepoint by a youth and stabbed. While the old-one’s body turns to ashes with the rising sun, his assailant scurries back into the estate’s feral underbelly with the knife in his pocket. The old-one’s blood is still seared into its sharpened blade, and as the knife does its bloody rounds his consciousness is awakened in the city’s children from the depths of the afterlife.

Determined to die, he must find and destroy the knife to regain control of his soul. But someone is out to stop him…

A powerful new voice, Lee Markham has written an intelligent, penetrating novel which uncovers the fragility and hopelessness of Britain’s social underclass – and the terror of their everyday lives. Inspired by the London Riots and cases such as the murders of Damilola Taylor and Baby P, The Truants is a gritty, unrelenting and visceral realisation of modern urban horror.

ADVANCE PRAISE FOR THE TRUANTS

‘Markham’s take on the inside of an ancient vampire’s head is as invigoratingly fresh as his story is, by turns, brutal and touching. Stripped of romance, paced like a crime novel, it engages a milieu which most of us, happily, will never need to see – the teen gangs on the cruel, poverty-stricken streets, the ‘rats’ in the gutters – and makes us give a damn. An extremely smart, talented first novel’
Jack Ketchum, author of Off Season

‘The best vampire story since Let The Right One In and a bleak and bloody antidote to the romanticised prettification of the vampire myth popularised by Twilight, The Vampire Diaries and other toothless, teen-oriented nonsense. Markham takes the vampire mythology and twists it into fascinating new shapes… definitely one for your must-read list’
Neil Martin, somethingyousaid.com

Lee Markham is an Eastbourne-based author whose work is inspired by writers such as Stephen King, Iain Banks, Alan Moore and Cormac McCarthy.

He founded No Man Publishing in 2014 and is the CEO of Chestnut Tree Tales.

The Truants is his first novel. 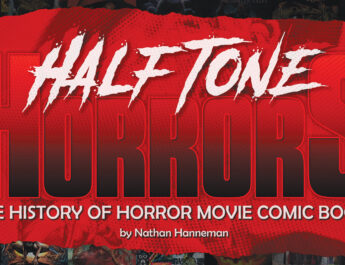