In 1966 four people driving on a deserted stretch of road in rural West Virginia encountered a bizarre, winged entity that came to be known as “the Mothman”. The event was the catalyst for a thirteen month-long string of unusual activity centered around the town of Point Pleasant, WV. For over a year, citizens of Point Pleasant were witnesses to UFOs, strange government and military-related activity, and the Mothman itself. Today a new trailer for a film that traces the Mothman case (titled The Mothman of Point Pleasant) has been released.

A production company called Small Town Monsters will document the “thirteen months that changed history” in the upcoming film. The feature-length documentary will delve into not just the unusual happenings in the area but also the history of the small town and how it was impacted by the creature sightings. It will also tell the tale of the tragic Silver Bridge collapse; an event that claimed the lives of 46 people and brought the Mothman story to a close. “Mothman” promises to unsettle viewers with unnerving accounts from original witnesses and area residents as well as deliver new information related to the case.

The Mothman of Point Pleasant was successfully funded through a Kickstarter campaign that raised almost triple it’s asking goal. The film is produced and directed by Seth Breedlove of Ohio, who also co-wrote the film with executive producer, Lyle Blackburn. Blackburn is a best-selling author and television personality who has previously appeared on Animal Planet, Destination America, and more. The movie was filmed by award-winning cinematographer, Zac Palmisano and features a score from the recent Hollywood International Independent Documentary Award’s choice for “best film score” (Boggy Creek Monster) Brandon Dalo.

The independent production crew is comprised of filmmakers and friends who have previously made three other films together in other areas of the country. The company is run by husband and wife team, Seth and Adrienne Breedlove. Small Town Monsters begins production on their next film, Invasion on Chestnut Ridge, this May. That film explores a possible UFO crash which occurred in 1965 in rural Pennsylvania.

DVD pre-orders have launched through the Small Town Monsters website (http://shop.smalltownmonsters.com) and the film will be available on Vimeo OnDemand, Amazon, iTunes and most major streaming platforms upon the film’s official release date of June 2nd. 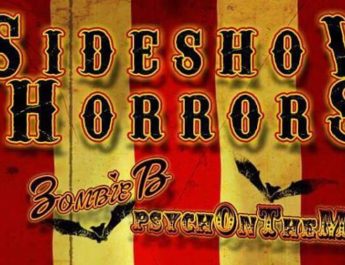 See Slipknot’s Sid Wilson Like You’ve Never Seen Him Before in these First BTS Photos from Horror Comedy “The Midnight Snack!”