Picking up 20 years after the original trilogy the aliens return to Earth with another plan for world domination. This time setting their eyes on the small fishing city of New Bedford, Massachusetts, to begin the attack. What they were not counting on were the four lone survivors of the zombie virus they’ve unleashed into the city. Now a has been wrestler Sam (Matthew G. Hill), his immigrant landlord Manny (Ben Tolosa), a love torn athlete Nash (Corey Omar), and a mercenary for hire Kobra (Walter Rivero), must battle through the hordes of zombies in order to survive. Adding insult to injury the government blows up the city at it’s fault line setting it adrift into the Atlantic Ocean. Can the four unlikely heroes stay alive long enough to escape the floating city and warn the rest of the human civilization or will the aliens successfully infiltrate the government and wipe out mankind off the face of the planet? 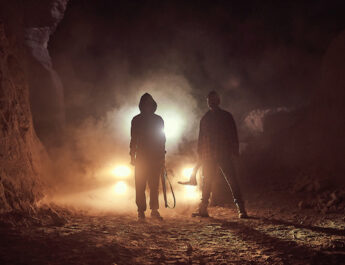