Popcorn Frights Film Festival returns bigger, bolder, bloodier with its second wave of programming for the annual celebration of all things genre. Featuring over 40 film premieres from 8 countries, special guests, and live DJ sets inspired by iconic horror film music, this year’s Popcorn Frights promises more thrills than ever before as it rages through Miami from August 11-17.

“We couldn’t be more thrilled with this year’s Popcorn Frights Film Festival program as it offers something exciting for every horror lover. These films brilliantly showcase the breadth and quality of genre work being produced worldwide and serves as a great reminder that the genre form is both thriving and continuously evolving. We’re honored to share the vision and voices of this remarkable group of American and international filmmakers and look forward to them creating many memorable moments this year,” said Igor Shteyrenberg & Marc Ferman, Co-Founders & Co-Directors of the Popcorn Frights Film Festival.

For the first time, Opening Night will feature a triple-bill of premieres, including the previously announced slasherfest Tragedy Girls. The wild night will be completed with the Final Cut presentation of the All Hallow’s Eve spinoff Terrifier and the North American Premiere of the 80’s set psychological thriller Jackals starring Stephen Dorff.

It wouldn’t be Popcorn Frights without some exciting film premieres and this year is no exception. Popcorn Frights will present the hotly anticipated US Premiere of the gory horror comedy Dead Shack starring Lauren Holly, the North American Premiere of the Russian gothic nightmare The Bride, and the North American Premiere of The Hatred, produced by Malek Akkad (Halloween) and based on the award-winning short Hush which the Festival premiered at its inaugural edition.

Joining Popcorn Frights for the first time is Miami based record label Bribery Corporation, who will be curating a live aural journey highlighting the marriage of music and horror with DJ sets from Mystvries and Dr. Mofongo. These performances will shine a spotlight on iconic theme music from John Carpenter, Goblin, Steve Moore, S U R V I V E, and Disasterpeace as well as Darkwave, Synthwave, and Retrowave from across the spectrum of classic and modern horror films.

SOUTH FLORIDA PREMIERE. This southern-fried caper focuses on infatuated nice guy Chip and his crazy girlfriend, Liza, whose relationship takes a sharp turn into homicide when they try to rob Liza’s sugar daddy – only to end up with two corpses, a hostage, and $68,000 in stolen cash.

NORTH AMERICAN PREMIERE. A young woman travels with her soon-to-be husband to his family home in the outskirts and becomes increasingly suspicious of their strange behavior. Sheer psychological terror soon overwhelms her as she starts witnessing terrifying visions when his family prepares her for a mysterious ritual ceremony.

US PREMIERE. Three kids on a weekend getaway are holed up at a run-down cottage in the woods and must save their hard-partying parents from a shotgun-toting psycho (Lauren Holly) who wants to feed them to her slavering zombies.

FLORIDA PREMIERE. A mind-bending delight from the directors of Spring, The Endless follows two brothers who return to the death cult from which they fled a decade ago and discover that there might be some truth to the group’s otherworldly beliefs.

FLORIDA PREMIERE. A gory thrill ride about an alcoholic drifter who gets stranded in a one-horse town deep in the American desert. It turns out that the town’s psychotic rednecks celebrate a gory pastime rounding up drifters and hunting them for sport.

NORTH AMERICAN PREMIERE. From the producer of Halloween comes the terrifying new feature centering on four young women who travel to their college professor’s new country home for a weekend getaway, only to discover that the house has a malevolent past. Featuring Andrew Divoff (Wes Craven’s Wishmaster), David Naughton (An American Werewolf in London), and Amanda Wyss (A Nightmare on Elm Street).

NORTH AMERICAN PREMIERE. A potent ’80s-set psychological thriller that centers on an estranged family who hire a cult de-programmer (Stephen Dorff) to get back their teenage son from a murderous cult, only to find themselves under siege when the cultists surround their cabin, demanding the boy back.

FLORIDA PREMIERE. A smart, slick, savage slasher that riffs on a notorious real-life Finnish murder still unsolved. More than 50 years later, four teens get some gruesome surprises when they camp out at the site of the grisly massacre.

FLORIDA PREMIERE. A loner video arcade technician experiences bizarre bio-mechanical mutations and Cronenbergian hallucinations when a mysterious new arcade game appears in his shop. Reality itself threatens to fracture as he works to solve its mystery and the new chaos that has entered his life.

FLORIDA PREMIERE. An incinerating and strangely dream-like teenage nightmare set in the leafy American suburbs of the early 1990s when a group of best friends get caught up in an abrupt and violent accident that results in a gruesome death.

FINAL CUT SOUTHEAST PREMIERE. It’s Halloween night and Art the Clown, the cold-blooded killer who also stalked the omnibus All Hallow’s Eve, is not wearing a creepy costume just for show. He terrorizes three young women and everyone else who stands in his way in this gritty and jarringly depraved new cut.

FLORIDA PREMIERE. A man awakens in an unusual asylum when supernatural events begin to unfold right in front of OUR eyes.

THE CLEANSING HOUR
Directed by Damien LeVeck
US | 19 minutes | 2016

SOUTH FLORIDA PREMIERE. Two failed filmmakers get in over their heads when their latest staged hoax, an elaborate exorcism, turns out to actually be demon-possessed.

FLORIDA PREMIERE. A couple’s night goes off the rails when one couple reveals they’re blood sacrificing devil worshippers. And then things get weird…

SOUTH FLORIDA PREMIERE. Clinging to a smooth, curved surface high above an abyss, a girl tries to cover the few feet back to safety without falling to her death.

FLORIDA PREMIERE. A young girl takes a job looking after an infant for the night. Little does she know her night is about to get more horrifying than she could have ever imagined.

NORTH AMERICAN PREMIERE. A young corporate executive is kidnapped from his apartment and wakes up in the middle of a forest only to be stalked by a mysterious hunter.

FLORIDA PREMIERE. A woman gets stuck in a Red Lobster commercial.

FLORIDA PREMIERE. Betrayed by his clan and murdered for his past evil deeds, a sadistic killer’s soul possesses his identical twin’s body and sets out onto the road of vengeance for one final crusade of extermination. Everywhere he goes…HELL FOLLOWS.

NORTH AMERICAN PREMIERE. A mourning mother has lost all hope of finding her missing daughter alive, so she decides to subscribe to an app that connects directly with dead people.

WORLD PREMIERE. Trapped inside a never-ending nightmare, a cat and mouse game plays out between a man and a hellish beast lurking in the shadows.

FLORIDA PREMIERE. Inspired by Shakespeare’s Othello, this animated short presents a dark surreal take on the relationship between the deceived Othello, the innocent Desdemona, and the mendacious Iago.

FLORIDA PREMIERE. Put on a headset and step inside a frighteningly immersive environment, where all is not as it seems.

FLORIDA PREMIERE. No one likes working late on a Friday night…especially if it’s a full moon and you happen to be a werewolf.

FLORIDA PREMIERE. A man discovers the horrors of dinning alone.

THE THIN PLACE
Directed by Alexander Mattingly
US | 15 minutes | 2017

FLORIDA PREMIERE. A mother and daughter are haunted by a terrifying presence in this supernatural suspenser.

FLORIDA PREMIERE. A quiet night in for an aspiring grime artist and his girlfriend takes a dark turn when she reveals her room is haunted by the tickle monster.

TICKET SALES:
Festival Premiere Badges are on sale for a limited time for $120 per person and $180 for couples, and single screening tickets are available for $12. To purchase badges or tickets and view the Festival schedule, visit www.popcornfrights.com 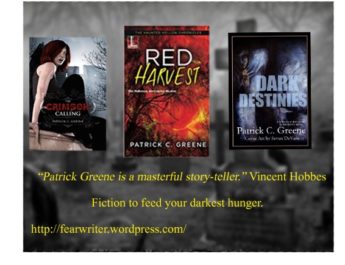 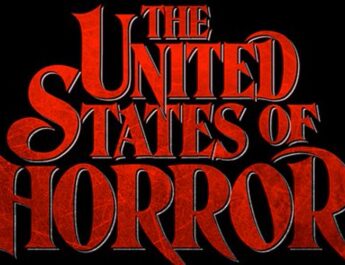 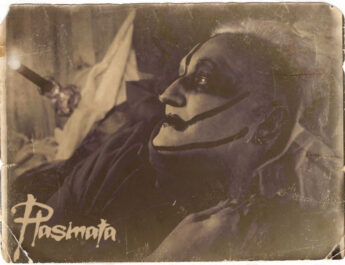