Brett DeJager is the mad genius behind one of this Summer’s most unique and undeniably fun new horror movies, Bonejangles.

-PH: How did the film come about, Brett?

-Brett: I was brought onto Bonejangles as director in the early development stage. Keith Melcher and Shaun O’Connell from Labyrinth Films asked me to direct the flick sometime in the second half of 2013. Of course I said yes!

-Brett: I really wanted Bonejangles to have a fun vibe without being too spoofy. I tried capturing the feeling and vibe that I got from watching House I & II as well as the classics Nightmare on Elm Street (the quirky humor), Halloween (the subtle scares), and Friday the 13th (the brutality of Jason).

-PH: Was it always intended that your co-writer would also play Bonejangles?

-Brett: As much as we’d like to say yes, the answer is no. We tried working out deals with several well known character actors but we weren’t able to secure deals in time due to scheduling conflicts or money. We went with Keith at the very very end! We didn’t have his costume ready before we started filming so our practical effects/costumer was busy finalizing it while we were shooting.

-PH: How would you describe the tone of the movie?

-PH: Was it hard to coax Reggie Bannister into it?

-Brett: Nope! Reggie Bannister is a true professional. We went through a casting agent and were told that Reggie enjoyed the script and was onboard to play Edgar Sr. We all jumped for joy when we got the word because, well…. it’s REGGIE BANNISTER! Who doesn’t love Phantasm?

-PH: Is there a scene in the film you’re particularly proud of?

-Brett: There is one specific scene that I’m very proud of but I don’t think it even made the final cut of the movie…. It’s during the prom scene when Bonejangles flips over a table with a huge cake on it. We shot it in slow motion and it was very difficult to pull off because the cake was fake but it was like $200 and we couldn’t break it. So when filming it the producer and I were laying underneath the table on a wrestling mat and when Bonejangles flipped the table over we tried catching the cake. Our producer, Zeke Hanson, ended up breaking a tooth during this scene. Crazy stuff! I’ll never forget that.

We would like to thank Brett for taking the time to answer these questions. Be sure to check out “Bonejangles” premiering on VOD July 18th! 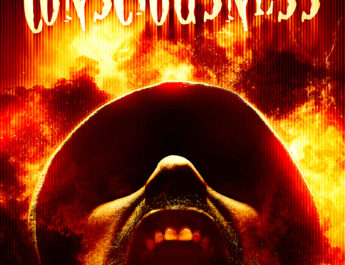 From the Producer of Hatchet II and Frozen, BLOOD BOUND – Coming January 2020