-PH: So lets dive right into it. Your latest book ‘Florida Gothic’ was just released. What’s it about, and what can readers expect from it?

-Mitzi: Readers can expect the unexpected—I wouldn’t be doing my job otherwise! The protagonist (and “hero” of sorts) in Florida Gothic is Ernesto Martinez, a retired Cuban-American fellow who lives in the Little Havana section of Miami. Ernesto has experienced a lot of unfairness and injustice in his life. One evening while walking home from his local watering hole he gets run over by a Hummer, then partially eaten by an alligator. Despite all this, he isn’t quite dead. Instead he ends up in a limbo state. Technically speaking, he’s a zombie, though I hesitate to classify him as such since the novel is so unusual and not a typical “zombie story.” As we learn about Ernesto, we also learn about the people who have affected his life and caused him so much pain—and they’re not a very nice bunch either. The steadily decomposing Ernesto eventually decides to get back out in the world—and that’s when we see some action! Expect plenty of guest appearances from maggots and cockroaches or, as they’re known in Spanish, cucarachas. Be prepared for plenty of good creepy fun!

-PH: From reading the description I gathered this story is about revenge for injustices. Are horror fans looking at bloody, or psychological revenge?

-Mitzi: It’s more a bloody form of revenge, though the psychological is definitely present as victims struggle to comprehend what’s happening to them. They can’t believe what their eyes are telling them, both regarding their attacker and the physical nature of what’s being done to their bodies. There’s a bit of macabre humor that underlies it all as we see into their minds as events unfold.

-PH: This is part of what you’re calling the “Gothic” series. I know this is the first book, but is there anything you can tell us about what you have in store for the series?

-Mitzi: I came up with the concept during a marathon road trip in the spring of 2016. I chalked up about 10,000 miles, traveling from east to west and north to south across the USA and western Canada. I kept getting ideas as I passed through various states, general plot lines, that sort of thing. Oddly, Florida wasn’t even on my radar as far as locations (though I’ve lived in Florida and was actually staying there temporarily when I set off on my road trip). My goal is to hopefully release two books a year in the series, each set in a different American state and each independent of the other—meaning the stories will be different, the characters will be different, and the locations will be different (obviously!). The novels will be standalones and can be read in any order. But the overlying theme is the Gothic and the very strong sense of place. Since each location is unique and has its own kind of creepiness, this will give each novel its own distinct Gothic flavor. Think of the classic painting “American Gothic” by Grant Wood—the stern-looking man and woman standing outside a house, with the man holding a pitchfork. It’s an iconic image—and I’m creating an iconic story that draws on location and local culture. I’m really excited about The “Gothic” Series and hope my readers will be too. 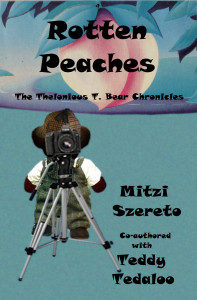 -PH: Now a question I always like asking… what drew you into becoming a horror fan?

-Mitzi: I’ve been a horror fan since early childhood. I was always watching horror movies, especially the classics with the greats like Boris Karloff and Bela Lugosi. As an avid reader I read a lot of horror novels too, many I was likely too young to be reading at the time. In fact, I still enjoy a good horror novel. The supernatural and spooky make great entertainment. It was probably inevitable that I’d end up working in the genre. I’m just surprised it’s taken me this long to finally get around to it. 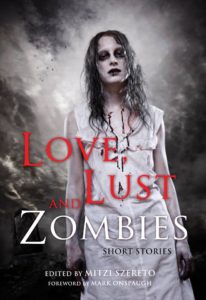 -PH: You’ve also mixed some genres together. Looking through your titles, I noticed your book ‘Love, Lust, and Zombies.’ I’m curious, how did you manage to make sexy zombies?

-Mitzi: It’s not that the zombies are necessarily sexy, but more so the situations they’re in. Though in some cases, I guess beauty is in the eye of the beholder! Love, Lust and Zombies is an anthology of short stories featuring several writers, each of whom has approached the task in a different way. So you get a variety of takes on the whole zombie thing.

-Mitzi: Yes, I have. My short story “My Zombie, My Lover” is probably the best example of blending zombie horror with the erotic. My zombie protagonist is sexy in his own peculiar way—or at least he is to the woman in the story. It’s definitely one of my personal favorites. The story appears in my “best of” collection Oysters and Pearls: Collected Stories as well as in Love, Lust and Zombies. As for Florida Gothic, it does contain some sexual situations, but they’re there to give insight into the characters and take them in a specific direction. The sex is definitely gritty, not cerebral or romantic. 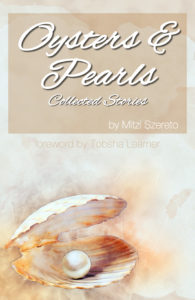 -PH: Here’s your chance to promote anything we haven’t talked. Let us know about any of your other books, your blog, or anything else you would like to mention.

-Mitzi: I hope readers will continue to follow The “Gothic” Series as it evolves, since the next book (New Mexico Gothic) is already on the horizon. Pretty much all my books are listed on my website, so I invite everyone to pop on over and have a look. And please do sign up for my quarterly newsletter while you’re there. I have a very neglected blog called “Errant Ramblings: Mitzi Szereto’s Weblog.” It’s a collection of humorous personal essays on whatever topic strikes my fancy—travel, the publishing business, social media, etc. I also have a Web TV channel called “Mitzi TV,” which covers the quirky side of London, England. In closing, I’d like to say how much I appreciate all the support I’m getting from the horror community. Everyone has made me feel very welcome!

Stuck in a twilight world between life and death…

A hit-and-run driver leaves Ernesto Martinez to die by a Miami canal. Then an alligator comes along to finish the job.

Most of all, he thinks about injustice.

The meth head ex-con living in the Everglades. The judge enjoying retirement on the Gulf Coast. The son of a Colombian drug kingpin partying in South Beach. These men care nothing for the pain they’ve caused. But they’ll soon know what it is to feel pain.