Bad Frank star Kevin Interdonato has discovered that “horror fans” are connecting to the indie film sensation more than anyone else – and that suits him just fine.

-Kevin: It was a concern at first, not being specific. But I had to steer away from that and just focus on the Role. I can’t control what genre of movie fans it appeals to. It is funny though, I had a gut feeling that Horror Fans would connect to Frank somehow, and they do more so than anyone else.

-PH: I imagine getting to play such a complex character was appealing, too?

-Kevin: Beyond appealing. I tend to become voluntarily obsessed with my Characters, don’t think there’s anything wrong with it, just how I work. My wife has a lot of patience with me, I’m lucky. I was settled in Frank 2 weeks out from filming, and ready to explode. Almost like a Boxer peaking for a fight too early. So I just stayed busy and kept exploring new things in the script… wasn’t the best headspace to be in.

-PH: Had you worked with Tony before? Did he have you in mind for the part?

-Kevin: I’ve worked with Writer/Director Tony Germinario, and Actor/Producer Brandon Heitkamp on a feature several years prior. Great guys, talented. They approached me before the script was finished, pitched me on the Story and the Role. I was in on the spot. I knew them and how they work, and a lot of my decisions these days are based on the people involved, just as much as the project itself. I’ve done some shitty movies, and given my all to filmmakers that aren’t as passionate about their work as I am about mine. Its disheartening. So its an important aspect to me.

-PH: Is there anything in the movie you found difficult to film?

-Kevin: This was a tough one, very demanding on all. We got beat up pretty good, especially considering the budget and pace of filming. But I’m not one for complaining so you won’t get much outta me regarding that stuff.
Now if you were asking what was uncomfortable…well, yea those sex scenes were not exactly my favorite. And being mean to my Wife in real-life, who played Gina. That was very difficult now that I think about it. Felt like shit those days.

-PH: The movie has a great twist ending. Has it been hard to keep that secret from critics and viewers?

-Kevin: Glad you like it, seems to be the highlight. We didn’t know it would have such an impact on people, so I really didn’t think to talk about it much. But now it comes up often. Just glad people were affected by the film, Critics and Viewers alike.

-PH: Was that sequence difficult or challenging to film?

-Kevin: We knew we had lighting in a bottle after we filmed every day, but the end scene made us nervous. The challenges all came out that night. It was pouring rain on us, not many takes and pressed for time, cold as hell, continuity… But, just like every other day, each person went for the home run, Cast and Crew alike. True renegades all around. When your Boom Op is drenched through from rain and still going, the DP laying on his belly in the mud with PA’s holding cardboard over him, Actors falling on rocks take after take w no pads… it was ALL IN. So at the end of the day, screw the challenges and difficulty, you know? Those are always going to be there. We muscled through it all with eyes on the prize to make the best film we possibly could. Viewers and Critics have been responding extremely well…Its all I could hope for. 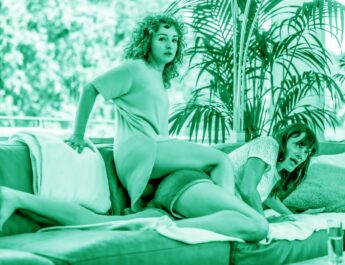 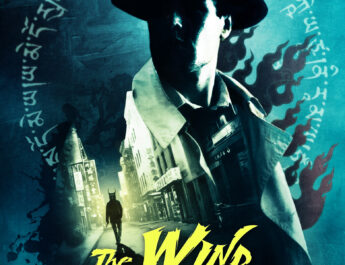 Crystal Lake Publishing Presents ‘The Wind in My Heart’