SRS Cinema does “Shark Week” their way with the release of the all new trailer for their latest production, “House Shark”. The movie was written and directed by Ron Bonk. (“She Kills”, “Clay”) and produced by Jonathan Straiton (“Night of Something Strange”), Tim Ritter (“Truth or Dare”, “Killing Spree”) and Howard Gromero (“Ms Cannibal Holocaust”).

When Frank (Trey Harrison) finds his happy home under attack by a dangerous but largely unknown breed of shark, he’s enlists the aid of the world’s only “House Shark” Expert, Zachary (Michael Merchant), and a grizzled former real estate agent, Abraham (Wes Reid), to embark on a desperate quest to destroy the beast and claim back his life. It’s JAWS in a house!

The b-movie spoof pays loving homage not just to “Jaws” but also many of the early movies of Steven Spielberg. “I used to play act out JAWS in our yard as a kid,” comments Bonk, “so I made this movie with that mentality. Like if I was a kid with a camera, this would have been my attempt to make a shark movie, but with all the juvenile humor that comes with being a kid. Sort of like ‘Hardware Wars’ was to ‘Star Wars’, ‘House Shark’ would have been to “Jaws”.

The movie also stars Wayne W. Johnson, Nathan Bonk, Melissa LaMartina, Jennie Russo, Samantha Varga, Edward Mastin and Brett Janeski. SPFX were created by Marcus Koch and Matthew Ash, and the score is being composed by Emmett Van Slyke. The movie is expected to finish post-production in the fall, and after a short film festival run will hit VOD then wide release in Spring 2018 (look for a physical media to debut right around June 20th, the same date “Jaws” hit theaters back in 1975). For more information and updates swing on by www.housesharkmovie.com or www.facebook.com/houseshark and give it a follow! 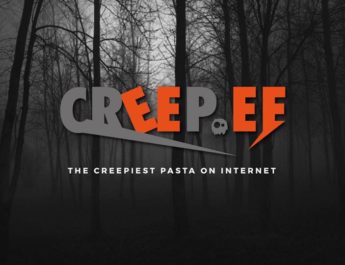