Spooky Empire has announced it’s first guests, and the madness has only just begun!

First up, the unmistakable voice of The Crypt Keeper, JOHN KASSIR!

While there is no introduction needed for this Hollywood Icon, some of his better known films include: “JAWS” (Matt Hooper), “CLOSE ENCOUNTERS OF THE THIRD KIND” (Roy Neary), “PIRANHA 3D”, “AMERICAN GRAFITTI”, “JAMES & THE GIANT PEACH” (Centipede), “STAND BY ME” (The Writer), “MR. HOLLANDS OPUS”, “THE CREW”, “KRIPPENDORFS TRIBE”, “W” (Dick Cheney), “DOWN AND OUT IN BEVERLY HILLS” and many, many more!

One of our favorite guests, KEN FOREE

KEN FOREE has starred in the original George Romero’s “Dawn of the Dead”, Rob Zombie’s “Halloween”, “The Lords of Salem” and “The Devil’s Rejects”, plus “Zone of the Dead” and “Leatherface:Texas Chainsaw Massacre III”, “Water for Elephants”. For all you Nickolodeon fans do you remember Ken from the TV show “Kenan & Kel”?

Meet C.J. GRAHAM and be a part of this rare photo op! 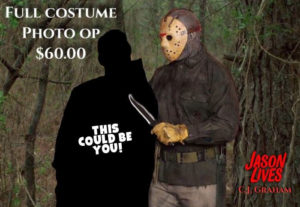 This is your rare opportunity to take a professional photo with C.J. GRAHAM in full JASON VOORHEES costume and backdrop. Photo op takes place on Saturday, October 28th ONLY! Time to be determined closer to the event. Space is limited, so you may book your spot now.

Advanced tickets are on sale on our site, get yours before it’s sold out! Click here for your ticket.
C.J. GRAHAM played JASON VOORHEES in “Jason Lives: Friday the 13th Part VI”. He will be available all weekend for autographs as well. 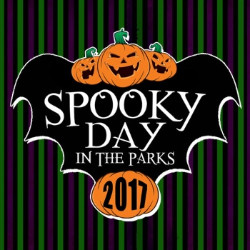 Spooky Empire has now added an all new Spook-Tacular event, sure to fulfill your villainous needs! A weekend of wicked fun and villainy!

Spooky Day in the Parks takes place the weekend of September 22-24, 2017 at multiple Disney Properties.

A park meet up, a bizarre full of villainous goods and artwork, after hours private party in the parks, and an exclusive character breakfast!

For more details be sure to visit our site:
Spooky Day in the Parks 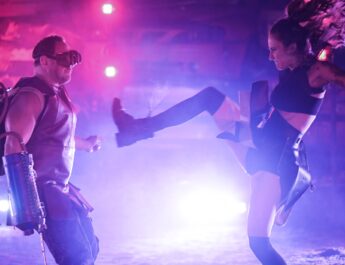 The Award-Winning New Film From Kareem Mortimer, CARGO, in Theaters this May