The second installment of the Slink franchise is in development!

Slink 2; Human Specimen – the anticipated prequel to the critically-acclaimed and award-winning horror film Slink (2013) written and directed by Jared Masters. The next chapter in this gruesome story is due, and we aim to bring it to you with twice the suspense, three times the chills, a dozen times the dead and bare female bodies, and two dozen times the grizzly effects. Be a part of motion picture history with Frolic Pictures’ first fully fan-funded feature film!

Director’s statement: “After making so many movies I can’t deny that Slink has been the most successful. This is why it is a no-brainer for us to deliver this highly-craved prequel, which shows the origins of Dale and Joan, where they met and how they fell into a morbid wedlock and soon explore the rewards and sadistic pleasures of capturing and mutilating innocent young girls, all in the name of fashion.”

It will feature most of the original cast and made by the same talented team of people. Shot in stunning 6K by Slink cinematographer, Tim McCombe, with beautifully executed special effects. With your contribution, you can be sure to see our efforts come full swing and deliver the completed picture to the world to enjoy, in a very timely fashion. It usually costs 10-100 times more than what we are asking for, to make a well-crafted horror film, but Frolic Pictures is very experienced in squeezing the most out of every penny.

Slink 2 will be a great horror project to be involved in. Director Jared Masters is very excited to announce this project and appreciates his fans very much! He thanks you all in advance for your support and interest! 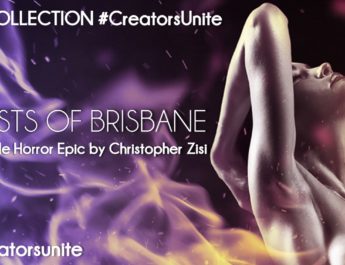 THE GHOSTS OF BRISBANE