Sorority house Pi Kappa Sigma is preparing for Christmas but little do they know, ’tis the season for murder. First, the obscene phone calls begin and a girl goes missing in mysterious circumstances…then the bodies begin to pile up. Can the girls survive the holidays, and is the killer lurking closer to home than they think? Horror veteran John Saxon (A Nightmare on Elm Street) leads an all-star cast in a holiday favourite that ushered in the slasher film with its tense sequences of stalk and stab and sadistic yuletide blood-letting.

So put on the fire, and gather round the family for the most wonderful time of the year, as 101 Films serves up the UK’s first ever 2K presentation of this creepy horror stocking filler.

The film will be released to Sainsbury’s stores on 6 November 2017, with exclusive art cards. 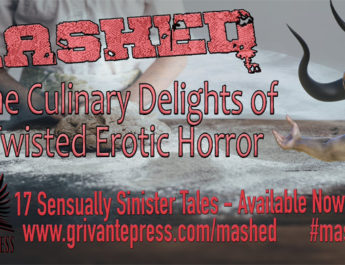 Interview with Author Grivante Including a Special Giveaway