DANGEROUS DESIRES (2017, Drama/Romance, 99 mins., DVD UPC # 822928050994, TomCat Releasing)
Starring: Lauren Pegus, Tony Rahme, Felicity Tchorlian, Diab Metry, Madeleine Kennedy • Directed by Lauren Batschowanow
Krista and Ahmed are two young partners living in Sydney who prefer sex to love. One has religious barriers; the other has been hurt too many times.They meet at a cabaret club, which unassumingly contributes to their ensuing love. Their closest peers soon reveal dark secrets involving sex and love, shaking Krista and Ahmed’s world to the core. The question on everyone’s mind then becomes: What is your true face?
Trailer: http://summerhillfilms.com/dangerous-desires/

UNLISTED OWNER (2017, Horror/Thriller, 74 mins., DVD UPC # 822928051199, TomCat Releasing)
Starring: Jed Brian, Tyler Landers, Gavin Groves, Andrea Potts, Griffin Groves • Directed by Jed Brian
The Owner house has been vacant for several years because of its very dark history — but a recent series of murders has taken the property to a whole other level of notority. A family who just moved in has been murdered, piquing the curiosity of a group of friends. Armed with handheld video cameras, the group decides to break in and investigate, leading to the worst decision of their otherwise fun-filled night. The resulting footage has been edited into the suspenseful “Unlisted Owner.” We dare you to watch alone!
Trailer: http://summerhillfilms.com/unlisted-owner-2/

LOVEJACKED (2017, Comedy/Adventure, 92 mins., DVD UPC # 822928051298, Summer Hill Films)
Starring: Chelsea Rae Bernier, Chad Chance, Ted Ferguson, Elisse Nielson, Francis Lansang • Directed by Chad Chance
Welcome to the age of weaponized love! College students risk it all to expose a sinister clandestine military project bent on chemically controlling and manipulating the emotion and effects of romance. By creating and editing the very film you’re about to watch, mysterious masked activist Chad Chance risks it all to expose the government-funded company Chemitrope, who has been testing the drug without the knowledge of those involved. Soon, suspicion and betrayal spread through both sides of the conflict, and it becomes near impossible to discern who is — and who isn’t — “LoveJacked.”
Trailer: http://summerhillfilms.com/lovejacked-2/

DEVIL 2.0 (2017, Sci-Fi/Fantasy, 82 mins., DVD UPC # 822928051397, TomCat Releasing)
Starring: Stace Williamson, R. Cameron Gordon, Dorothy Dalba, Cassandra Ebner, Sarah Conlisk • Directed by D.S. Williamson
When a psychotic breaks, what do they see? In this fantasy thriller, the audience bears witness to one man’s journey into the complex and very terrifying reality he experiences. Buried in denial and running from authorities, Bobby Angel produces online videos proclaiming innocence. Prepare to experience his perspective as he battles the demon of his nightmares, finds refuge in delusion, and ultimately gets lost within it.
Trailer: http://summerhillfilms.com/devil-2-0/

BLOOD WILL HAVE BLOOD (2017, Drama/Thriller, 89 mins., DVD UPC # 822928051496, Summer Hill Films)
Starring: Carr Cavender, Molly Beucher, Connor Sullivan, Karl Backus, Joshua Alan Jones • Directed by Jesse Keller
Down-on-his-luck actor James has a small role in a funky little theatre’s production of Macbeth. He strikes up a steamy affair with Jen, who plays Lady Macbeth and is also the young trophy wife of the rich, pompous lead actor. Together the pair hatch a plan to murder her husband and claim his fortune. Soon their lives begin to parallel the story of Macbeth, and try as they might, they can’t seem to break out of a story that’s hurtling towards an inevitable, tragic conclusion…
Trailer: http://summerhillfilms.com/blood-will-have-blood/

BEAUTY IN THE BROKEN (2017, Drama/Romance, 92 mins., DVD UPC # 822928050796, Summer Hill Films)
Starring: Chris Payne Gilbert, Briana Cuoco, Lewis T. Powell, Bobby Gilbert, Lisa Marie • Directed by Max Leonida
David is a psychologist grieving the death of his wife as he continues working with mentally ill patients when he meets Pele, a quirky, budding artist living on the streets with no interest in a romantic relationship. Both intrigued and appalled by her offbeat lifestyle, David can’t resist pursuing her — despite the advice of his mentor and threats from Zeke, a troubled Iraq war veteran with an unhealthy interest in Pele. A modern day “My Fair Lady” with a touch of “One Flew Over the Cuckoo’s Nest,” this romantic drama offers a peek into a world few even know exist.
Trailer: https://youtu.be/qsE41mViXCU

SILVER WOODS (2017, Horror/Suspense, 68 mins., DVD UPC # 822928050895, TomCat Releasing)
Starring: Adam Berardi, Michael Lopez, Titus Covington, Michael Espinoza, Fallon Franzen • Directed by Clay Moffatt
Five old friends who have drifted apart in recent years take a weekend trip to a cabin in the woods. Upon arriving, the visitors decide to take a hike nearby, but are met by a mysterious park ranger who warns them Silver Woods is dangerous. Taking this as a challenge, two members of the group decide to explore on their own, and soon something is very, very wrong…
Trailer: https://youtu.be/5JSTK5XUdJM

TomCat Releasing and Summer Hill Films DVDs are available at retailers everywhere including Amazon, Best Buy, Barnes & Noble, DeepDiscount, and others through our partners at Allied Vaughn! 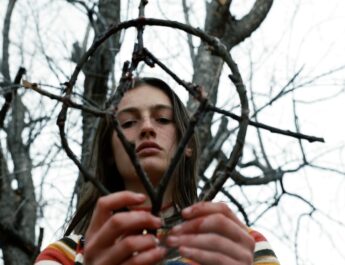