Sometimes, an album is so goddamn brutal that once around is not enough – it requires repeated slams over the craanium for full, brain-spurting effect. Such is the case with slam lords DISPLEASED DISFIGUREMENT and their debut release from way back in 2013. In what is akin to Zombie Christ rising from the dead, so too shall you submit to the slammin savior of Extermination Process.

This very special re-release dropped January 19th via CDN Records. To celebrate the guys have dropped a brand new promo video for the song “Eviscerate The Carcass”.

Eariler this year, South African slam lords DISPLEASED DISFIGUREMENT changed the face of brutal death metal forever with the release of their sophomore effort, ‘Origin Of Abhorrence’ on CDN Records. On the heels of this crushing and universally-acclaimed album, the guys are back with another lesson in sheer slam violence with the re-release of their ’13 debut effort, ‘Extermination Process’.

Set your calendars for December 29th – a date that will go down in history as the day the earth was ravaged by a crushing surge of slam vomited forth from the deepest and dankest depths of Africa.

TRACKLISTING:
1. Lockdown
2. Eviscerate the carcass
3. There will be vengence
4. Default Identity
5. Megalomanic human abduction
6. So bleed it
7. Suck your pussy
8. Fleshpots of Eqypt
9. Nausea

After several successful years in the underground, in 2013 the band released their critically-acclaimed masterpiece of slam, entitled ‘Extermination Process’. Riding a tsunami of slam for the next couple of years, where they garnered many favorable reviews, the band then parted ways with founding member Nick in 2015.

With the search for a suitable replacement as priority one, the guys came across Riian Els (ex-Bile Of Man, ex-Funeral God). With the lineup complete, the band commenced writing for what would become their much more brutal and slammerific sophomore effort, ‘Origin Of Abhorrence’. 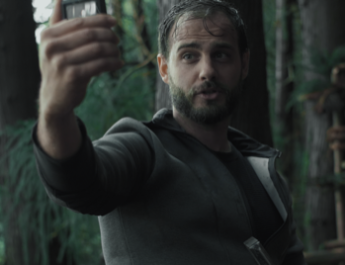