Here are some of the DVD/Blu-Ray releases for January 30th!

Robots who have been programmed to teach and discipline students in a violence-prone school turn homicidal, and the students must fight back to save their lives.

A million volts of death in each of his hands! Dr. Paul Steiner and Dr. Christopher Mitchell have created a projection device that can transmit any object within a few miles of their new device. The device works well on inanimate objects, but using it on a living device causes death. When Steiner is accidentally projected, he becomes a disfigured monster who has the ability to kill by electrification. This first-time-on-home-video release features a new 2K scan of the film’s interpositive.

Acclaimed author, John Wainwright, has developed an interest in satanism and black magic. Hoping to manipulate him to suit his own perverse desire, Wainwright’s publisher, Sir Stephen convinces him to perform the ultimate black rite: a human sacrifice. Selecting a beautiful burlesque dancer to be their victim, Wainwright begins having doubts about his beliefs, as Sir Stephen becomes more and more preoccupied with the black arts, and murder…

When Tommy was a boy, he saw his grandpa (Hy Pyke), the leader of a vicious satanic cult, murder his father in a brutal ritual on Halloween night. Now Tommy (Gregory Scott Cummins) is 18 and grandpa is ready to indoctrinate him into the ways of the black arts. But as night approaches, someone dressed like a member of the cult, whose face is hidden behind a devilish mask, begins stalking and killing people connected to tommy. Could it be grandpa, Tommy himself, or someone even more sinister behind these increasingly brutal murders?

Taking an ill-advised detour en route to California, the Carter family soon run into trouble when their RV breaks down in the middle of the desert. Stranded, the family find themselves at the mercy of a group of monstrous cannibals lurking in the surrounding hills. With their lives under threat, the Carters have no choice but to fight back by any means necessary.

A Code Red Release In 1980s Australia, Young runaway Christine is dragged into a whirlpool of psychological terror when she marries a coworker, Walter, who turns out to be a modern-day Nazi. Pregnant and facing life-threatening complications, she’s caught up in a wave of crime and deception when she accompanies him to Germany and becomes a hostage in a nightmare from which there may be no escape.

The legend of the Blair Witch Haunts a small town in Maryland in the groundbreaking film THE BLAIR WITCH PROJECT and the sequel BLAIR WITCH.

Inspired by arthouse films of the 1960s, writer/director Lee Eubanks creates a menacing world of dread, isolation, and unease in his feature film debut It Takes from Within. An ominous, bleak atmosphere permeate a desolate town where an unnamed man and woman make preparations to attend a burial. The tension builds as the two experience increasingly disturbing incidents involving manifestations of dread and despair while the internment draws near.

Five famous friends spend a hallucinogenic evening confronting their fears in a frenzy of shocking lunacy and horrifying visions in this fictional tale, which tells the story of Mary Shelley’s conception of Frankenstein on a night in Lord Byron’s home. 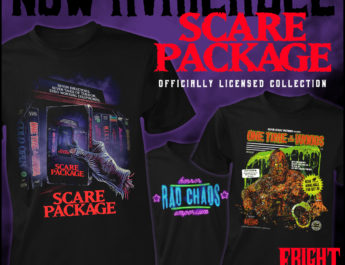