Blood! Guts! Gasping girls! The next batch of Frolic Pictures’ new limited edition grindhouse series double feature DVDs are now available online on Amazon (and soon to be wherever DVDs are sold – Barnes & Noble, Best Buy, etc.) Hand-selected by Hollywood exploitation filmmaker Jared Masters. A sordid combination of 80’s slashers, 70’s supernatural horror and juicy 60’s exploitation fare. Each DVD is a one-of-a-kind experience, like going to a drive-in back in the day, except in the comfort of your own home.

Each DVD is approximately three hours of shocking, bizarre, and tantalizing entertainment from a bygone era. Packed with cinematic surprises like short subjects, trailers, vintage TV commercials and intermission cartoons.

Digitally scanned from the original 35mm film prints! Be thrilled and pleasantly surprised with what the Maestro reveals across your screen. Screen in the background at parties, make a double feature night with other cinephile friends, or simply enjoy them alone, as you turn on, tune in and drop out of your semi-important responsibilities.

Just pop the DVD in and let it play, thanks to Frolic’s clever auto-starting video discs. It’s like there’s a projectionist grinding out rare film prints for you at your leisure. Whether you’ve been to a real grindhouse in the 70s or 80s, or whether you’re discovering the sensation for the first time, these limited edition Frolic Doubles make the perfect show for the avid horror, erotica and exploitation cinema fan.

Slashed Dreams / The Disappearance of Flight 412

In Slashed Dreams (1975), a couple on vacation in the woods is stalked by a pair of rapists. In The Disappearance of Flight 412 (1974), during a radar test mission, Flight 412 witnesses the disappearance of 2 fighter-jets scrambled to intercept a UFO but the Air Force is determined to cover-up the incident.

Monstroid / Moon of the Wolf

In Monstroid (1980), a rural Colombian village is attacked by a horrible sea serpent, aroused by industrial pollution of a nearby lake. Based on a real event that took place in June of 1971. In Moon of the Wolf (1972), after several locals are viciously murdered, a Louisiana sheriff starts to suspect he may be dealing with a werewolf.

In Cold Sweat (1970), A brutal drug trader takes his violent revenge after his wife is captured by a drug boss. In The Street Fighter (1974), tough karate master Terry Tsurugi takes it upon himself to protect a late businessman’s daughter from the Yakuza.

In Blood Tide (1982), an adventurer hunting for treasure in Greece accidentally frees a monster that forces local villagers to sacrifice virgins. In The Legend of Boggy Creek (1972), a Bigfoot-type creature called the Fouke Monster has been sighted in and around Fouke, Arkansas since the 1950s.

In Naked Massacre (1976), a Vietnam vet terrorizes a house full of nurses. In Horror Express (1972), a British anthropologist discovers a frozen prehistoric creature and must transport it to Europe by train.

Devil Times Five / The Undertaker and His Pals

In Devil Times Five (1974), five extremely disturbed, sociopathic children escape from their psychiatric transport and are taken in unwittingly by a group of adult villagers on winter vacation. In The Undertaker and His Pals (1966), an undertaker and his two friends, who are restaurant owners, drum up business by going out on the town and killing people; the restaurant owners use parts of the bodies for their menu.

Tod Browning double feature! In Dracula (1931), the ancient vampire Count Dracula arrives in England and begins to prey upon the virtuous young Mina. In Freaks (1932), a circus’ beautiful trapeze artist agrees to marry the leader of side-show performers, but his deformed friends discover she is only marrying him for his inheritance.

I Drink Your Blood / Keep My Grave Open

In I Drink Your Blood (1970), a group of hippies wreak havoc on a small town and a young boy, whose grandfather and sister were attacked by them, decides to get even, with deadly results. In Keep My Grave Open (1977), a crazy woman who lives in an old mansion thinks she’s with her brother/lover, who lures victims to her.

Attack from Space / The Fast and the Furious

In Attack from Space (1965), benevolent aliens from the planet Emerald send superhero Starman to protect Earth from invasion by an evil alien race called the Spherions. In The Fast and the Furious (1955), a trucker framed for murder breaks out of jail, takes a young woman hostage, and enters her sports car in cross-border road race hoping to get to Mexico before the police catch him.

Prisoners of the Lost Universe / The Beach Girls and the Monster

In Prisoners of the Lost Universe (1983), three people are transported into a parallel reality, where they find they must use modern technology, but medieval weapons, in order to save the citizenry from a murderous warlord. In The Beach Girls and the Monster (1965), Surfers are being brutally murdered. Is the culprit a sea monster or just one of the teens’ jealous parents?

Night of The Living Dead / How Awful About Allan

In Night of The Living Dead (1968), Barbra and Johnny visit their father’s grave in a remote cemetery when they are suddenly set upon by zombies. In How Awful About Allan (1970), after an eight-month stay in a mental hospital, a tormented man comes home to live with his sister; but a mysterious boarder may be trying to kill him.

In McLintock! (1963) Wealthy rancher G.W. McLintock uses his power and influence in the territory to keep the peace between farmers, ranchers, land-grabbers, Indians and corrupt government officials. In The Magic Sword (1962), the son of a sorceress, armed with weapons, armour and six magically summoned knights, embarks on a quest to save a princess from a vengeful wizard.

The Doomsday Machine / End of The World

In The Doomsday Machine (1972), spies discover that the Red Chinese have built a “doomsday machine” capable of destroying the surface of the Earth, and that they plan to use it within a matter of days. In End of The World (1977), after witnessing a man’s death in a bizarre accident, Father Pergado goes on a spiritual retreat, where he encounters his alien double bent on world conquest.

In Dr. Sex (1964), three sex researchers discuss their strangest cases. In Lady Frankenstein (1971), when Dr. Frankenstein is killed by a monster he created, his daughter and his lab assistant Marshall continue his experiments. The two fall in love and attempt to transplant Marshall’s brain in to the muscular body of a retarded servant Stephen, in order to prolong the aging Marshall’s life.

In Dementia 13 (1963), a scheming widow hatches a daring plan to get her hands on her late husband’s inheritance. In Plan 9 from Outer Space (1959), aliens resurrect dead humans as zombies and vampires to stop humanity from creating a sun-driven bomb. 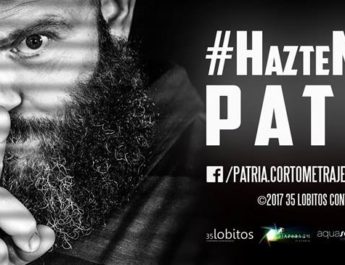