Will you answer the call to win $25,000 and a first-look distribution deal from 3311 Productions and The Orchard?

Horror and thriller filmmakers, take note: today Seed&Spark, the crowdfunding platform with the highest campaign success rate in the world, opened the call for submissions for Communal Nightmares, a crowdfunding rally for feature genre films that bring society’s nightmares to life, with a video that nods to Get Out, It Follows, Goodnight Mommy and more. With partners 3311 Productions and The Orchard, they’re awarding one film $25,000, a first look distribution deal and executive producership.

“Just in the past couple of years with It Follows and Get Out, we’ve seen the remarkable ways in which genre films can make us face some of society’s darkest demons. And some of our most celebrated talents started with genre films: Katheryn Bigelow, Peter Jackson, James Cameron, Ana Lily Amirpour, Julia Ducournau, Jennifer Kent, Guillermo Del Toro, Joel Coen, Frances Ford Coppola…should I go on?” said Emily Best, founder and CEO of Seed&Spark. “We’re so excited to work with these luminary partners to provide a career-changing opportunity as an incentive for filmmakers all across the country to uncover dark stories we may not otherwise get to see.”

To participate, filmmakers must submit a crowdfunding campaign for a feature genre film on Seed&Spark by May 1, 2018. All campaigns will launch on May 14, 2018 and end on June 15, 2018. Campaigns that raise a minimum of $7,500 in cash contributions and gather at least 1,000 followers become eligible for the grand prize, which will be announced in late June. The best pitches will make it clear why genre is the best format for telling the story you want to tell.

Full entry information and key dates can be found at www.seedandspark.com/nightmares.

“We are thrilled to be partnering with such forward-thinking companies in a genre space that has increasingly become a home for filmmakers looking to push the limits of their craft and tackle complex, emotionally-charged subjects,” said Tony Pachella, creative executive at 3311 Productions.

“As we’ve seen over the last year, genre film is not just escapist entertainment but can truly hold up a mirror to the world around us in a compelling and meaningful way,” said Paul Davidson, EVP of Film & TV, The Orchard. “We are excited to partner with Seed & Spark and 3311 to give new voices and the next generation’s creators a platform to do so.”

Crowdfunding rallies — large scale calls for crowdfunding campaigns around a central theme and/or genre and format — are a key and unique offering from Seed&Spark to independent filmmakers. The impetus and goal is to distribute Hollywood opportunities to creators of all kinds while empowering the participants to raise funds, build an audience and take a giant step forward in making their movie or show.

“The best part about crowdfunding rallies is that everyone who participates raises money and gathers audiences so they can make their films,” Best said. “Truly, everyone ends up a winner.” 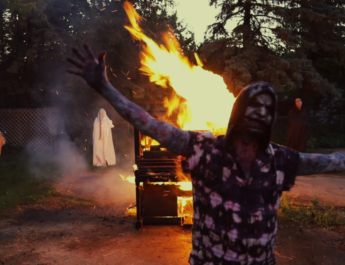