The safety pins are off as Emmerdale actor and director Dominic Brunt and his producing partner actress/writer Joanne Mitchell (Before Dawn and Bait) bring us a satirical and sexy shocker unlike anything ever seen before.

World premiered at FrightFest, ATTACK OF THE ADULT BABIES has been described as disgusting, depraved, brave, bonkers, brilliant and quintessentially British in its humour and depravity.

Ahead of the June 11 release, there will be special cinema screenings at the Genesis Cinema, London and The Quad, Derby. Details of both screenings will be announced soon.

This is Nucleus Films’ first foray into distributing new films to market across all formats and co-founder Jake West commented: “We’re very excited to be handling the World Premiere release of AOTAB and working with the brilliant British director producer team Dominic Brunt & Joanne Mitchell Brunt & International Sales agent AMP. We’re aiming to bring to this, and future releases, the quality we’re know for in all of our cult re-issue titles”.

Synopsis
The aftermath of a shocking home invasion forces three frightened family members to break into a remote country manor and steal Top Secret documents. Little do they know the stately pile is also the clandestine venue where a group of high-powered elderly men go to take refuge from the stresses and strains of daily life by dressing up in nappies and having a bevy of beautiful nurses indulging their every perverse nursery whim. Nor do they realise this grotesque assembly is compelled to refuel the world’s economy by very sinister, sick and monstrous means. As the bodily fluids hit the fan, the bloody carnage and freaky weirdness escalates.

Title: Attack of the Adult Babies 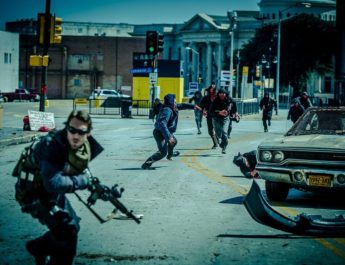 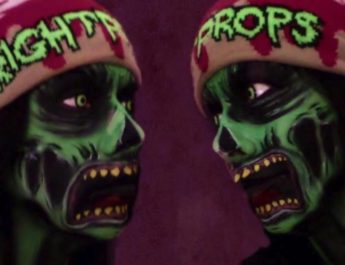