One of the Best Horror Film Fests and  One of South Florida’s Best Theatres Are Teaming Up!

Established in 2015, Popcorn Frights attendance has increased from 400 to over 6,000 in 2017 as it quickly has become the leading international genre film festival in the state of Florida. It was recently named “One of South Florida’s Top Five Film Festivals” by the Sun-Sentinel.

Savor Cinema stands as one of Florida’s most prestigious art house theatres. A historical landmark located in the heart of downtown Fort Lauderdale, the theatre was originally built as a Methodist Church in the 1940’s after the first building was blown away by the “Great Miami” hurricane of 1926. The theatre still retains its original stained glass windows and arched wooden doors.

“The sunshine state is going to get a whole lot more badass and bloody as we’re dialing up the terror to an all new level. Together with Savor Cinema, we’re going to bring an unrivaled offering of film premieres, repertory cinema, special guests, parties, and much more, all in the confines of a former house of worship. We’re going to raise holy hell!” said Co-Founders & Co-Directors Igor Shteyrenberg & Marc Ferman.

Popcorn Frights’ first offering at Savor Cinema is its newly launched Friday Night Frights series celebrating cult and horror movies. The series kicks off with the 1985 zombie classic, THE RETURN OF THE LIVING DEAD, and will feature star of the film and South Florida resident, Linnea Quigley, on hand for an introduction and post-screening Q&A.

MORE INFORMATION:
Follow the Popcorn Frights Film Festival on Facebook (/popcornfrights) or Twitter (@popcornfrights) for updates with the latest information about the Festival. Join the conversation using the hashtag #popcornfrights on social media.

ABOUT SAVOR CINEMA
Originally built as a The First Methodist Church in 1946, after the first one was destroyed by the hurricane of 1926, the building became a depot for Courthouse records in the 1960’s. In 1986, it was transformed into The Vinnette Carroll Theater in honor of the Off-Broadway writer, director and actress of the same name and in 1998, the Fort Lauderdale International Film Festival revamped the theater and named it after the Oscar-winning Italian film, Cinema Paradiso. In 2016, Fort Lauderdale Film Festival’s Executive Board Member, Steve Savor, helped renovate the theater which the festival renamed Savor Cinema. For a schedule of films visit www.FLiFF.com or call 954-525-FILM (3456). 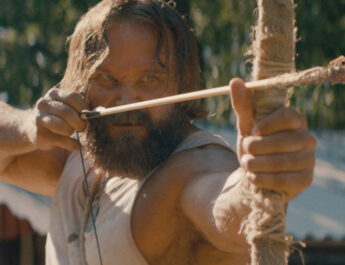 New Clip from “Last Man Down”