Here are some of the horror DVD/Blu-Ray releases for May 1st!

Inspired by true events, WINCHESTER is set on an isolated stretch of land outside of San Francisco where there sits the world s most haunted house. Seven stories tall with hundreds of rooms, the house has been under construction for decades. But heiress Sarah Winchester (Oscar® winner* Helen Mirren) is not building for herself, for her niece (Sarah Snook), or for the troubled doctor (Jason Clarke) she has summoned. She is building it as an asylum for hundreds of vengeful ghosts.

Burt Gummer (Michael Gross) and his son Travis Welker (Jamie Kennedy) find themselves up to their ears in Graboids and Ass-Blasters when they head to Canada to investigate a series of deadly giant worm attacks. Arriving at a remote research facility in the arctic tundra, Burt begins to suspect that Graboids are secretly being weaponized, but before he can prove his theory, he is sidelined by Graboid venom. With just 48 hours to live, the only hope is to create an antidote from fresh venom — but to do that, someone will have to figure out how to milk a Graboid!

Get ready for the cult classic fan-favorite phenomena with all six actionpacked Tremors films available together in Tremors: The Complete Collection. Relive the adventures with Graboid-hunting Burt Gummer (Michael Gross) as he battles the ominous, giant man-eating monsters in a fight for survival against each destructive generation of the deadliest creatures on Earth. The terrifyingly funny collection includes: Tremors, Tremors 2: Aftershocks, Tremors 3: Back to Perfection, Tremors 4: The Legend Begins, Tremors 5: Bloodlines, and the latest evolution, Tremors: A Cold Day in Hell. Also starring Kevin Bacon, Fred Ward, Reba McEntire, and Jamie Kennedy, the collection delivers outrageous twists, earth-shattering special effects and explosive thrills!

Newly restored in 4K! In King Hu’s masterpiece Legend of the Mountain, a traveling scholar is tasked with translating a Buddhist sutra said to have immense power over the spirits of the afterlife. During his research he loses his way in the mountains, encountering ghostly presences amid a haunting fantasia of color, light and landscape. King Hu rose to prominence in the 1960s and ‘70s as a superb director of wuxia films (A Touch of Zen), a popular Chinese action genre of swords, sorcery and chivalrous heroes. Legend of the Mountain comes from the director’s late period, when his visual artistry was at the height of its powers. The film’s astonishing nature scenes, shot on location in the Korean countryside, are reminiscent of Terrence Malick, while the reflective blend of myth and history is all Hu’s own.

17 years ago, Peter’s grandfather went missing under mysterious circumstances. Now, Peter and his friends have returned to the placid Wisconsin town to check out his inherited lake house and to partake in the annual ‘Muskie Madness’ fishing competition. Soon after his arrival, Peter begins to sense that something isn’t quite right, but none of his friends, nor the local sheriff, will believe him. But as townsfolk and tourists begin to disappear, Peter becomes determined to solve the mystery, as well as that of his grandfather’s disappearance, and soon finds himself facing off against a fish hook wielding madman!

The country estate of filmmaker James Garrick has been haunted for centuries by a mysterious and deadly curse. Everyone in his family line comes to a gruesome end at the hand of an unknown supernatural assailant. When Garrick’s long lost cousin Ann unexpectedly arrives at his secluded manor, mayhem and bloodshed soon follow. But is Ann the person behind these acts of carnage or could something more horrifying be afoot?

A young girl, Stephanie is abandoned by her parents and forced to survive on her own. When her parents return, they are surprised to find her alive after they discover dark, supernatural forces are wreaking havoc, with Stephanie at the center of the turmoil. From director Akiva Goldsman (writer of A Beautiful Mind) and Blumhouse Productions, this supernatural horror film stars Frank Grillo (The Purge: Anarchy), Anna Torv (Fringe), and Shree Cooks (American Horror Story).

A mother takes her son and her best friend on a trip into remote wilderness to scatter his father’s ashes; they must confront their fears when a lone hiker begins following them.

Convicted murderer Mark Trex has just escaped from an asylum and is headed for New York City to track down the members of his favorite childhood band, Warriors of the Inferno. Believing that their occult hit song, which told of Satan and death, is true, Trex is determined to see if the band members have held up their part of their pact with evil. However, cop-on-the-edge Mickey McCardle is hot on his trail and determined to end this serial killer’s spree.

11 Thrilling Films with Evil Scientists, Killer Creatures, and Upside Down Worlds in this undeniably strange sci-fi/horror movie collection. With a killer lineup of talent, this 11-Movie Collection is one that you need to see to believe.

A man and his 9-year-old daughter disappear into the swampy Virginia backwoods. Haunted by tragedy and destitution, they must both face the painful past if they are to ever have a future.

While on an afternoon walk with their children, two small town reporters notice the military camped on a hilltop. Debating the possible significance of this activity, they answer their door when two unusual strangers come knocking. Soon what began as a formal interview descends into a nightmarish fight for survival.

Brook and Caleb ,a social media celebrity couple, are celebrating their special anniversary on a camping trip deep in the woods of Sunny Florida. Brooke and Caleb plan to record the entire trip for their fans, and Caleb even has a special surprise for her to make this weekend extra special. But they are not alone. Helpless and cut off from all communication, Brook and Caleb are being followed by Nick and Jake, two aspiring filmmakers hell-bent on filming a documentary on how easy it is to track someone down through social media… and kill them. 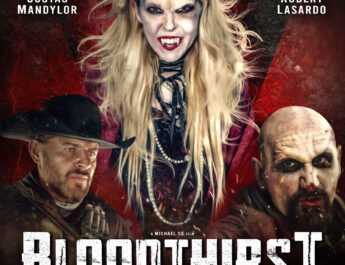