Gray Matter is a Matchbox Pictures production. Slated to release throughout May, the film was written and directed by Greg A. Sager. In the film, friendly alien forces crash land, on Earth. They hope to intervene as another alien race wages war against humanity. Gray Matter stars: Alys Crocker (Tormented, 2014), Mike Wilmot (Devil Seed, 2012), Sean Patrick Dolan and many others. A preview of the film’s theatrical and home entertainment release are hosted here.

In the story, Grays have been landing on Earth, since the ‘40s. They are here to study us. After a meteorite strike, an extraterrestrial creature emerges, to infest the world. In response, the Grays utilize humans, in order to stop this malevolent presence before it is too late!

The film’s official synopsis: Since the 1940’s alien beings known as GRAYS have been sighted around the globe with the thought that they visit our planet to study our species and civilization before they eventually invade…but what if we’re wrong? What if they are only here to protect us? After a meteorite crashes to earth awakening the extraterrestrial creature within, a young woman is abducted by an alien GRAY to aide in hunting down and destroying the creature before it can reach a second meteorite that fell to earth decades earlier unleashing its deadly infestation of earth.

Official Trailer and Poster for DEATH OF ME In Theaters, On Demand & Digital October 2nd 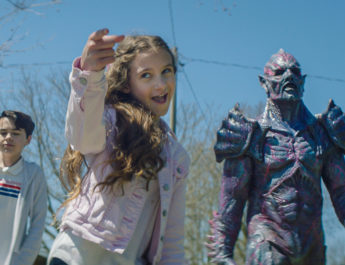 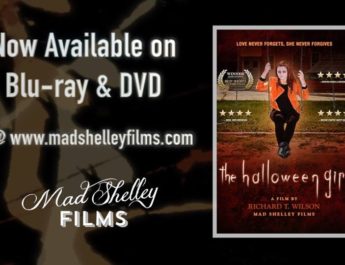