Entertainment On Demand Distributor Reel Nightmare Films is betting on new and original voices in the horror genre this summer with the Amazon Prime Video release of over 12 short horror films in sub-genres ranging from paranormal, slasher and zombie apocalypse; to grindhouse and exploitation.

“Our bite-size horror films are perfect to watch on your lunch break or right before bed. These new horror movies deliver a strong punch in a small package.” Says Armand Petri of Reel Nightmare Films.

Five titles have been released together on Prime Video US/UK in the simply-titled anthology “Horror Shorts:” https://amzn.to/2K6Hp4w

Awake
Newly undead, a young zombie couple must learn how to survive against an immense threat hiding in the forest.

Pig Man
A young couple travels to the woods to be alone, where Pig Man is waiting.

The Last Showing
A theater is terrorized by an apparition which manifests during the last nightly showing.

Tujunga Horror Story
In this sexy and scary film developed as a Pilot, a beautiful woman moves into a new house only to find herself surrounded by eccentric neighbors and paranormal activity. Pronounced: “Ta Jung ah.”

He Takes and Returns
A family’s peaceful night is shattered when a creature takes them one by one, leaving behind a possession it uses as a conduit to return.

Reel Nightmare Films has also released 9 additional horror shorts this month, and they are now playing as stand-alone titles on Prime Video US/UK and Worldwide on Vimeo On Demand. These movies are:

Secret Satan: https://amzn.to/2tmOofi
Naive Jane gets invited to a secret Santa party, only to find out she is the gift.

Dr. Mandaru: https://amzn.to/2yaHkI9
A family is haunted by a demon from the Mexican American folklore.

Play Day: https://amzn.to/2LXCdNr
A desperate man finds love on the wrong part of the internet.

Who is Beverly: https://amzn.to/2K6CInO
A rapper meets the fan girl of his dreams at a hip hop party, only to find out she is his biggest nightmare.

#Victim 505: https://amzn.to/2I65Slk
A regretful serial killer is haunted by nightmares from his murderous past.

All these new horror films are also available to international viewers on the distributor’s Vimeo On Demand store: https://bit.ly/2mvO1en

“Our filmmakers are excited to share their work with the horror community. They hope the audience enjoys and supports their films” Adds Petri, noting some of these horror shorts have only screened at festivals in the past.

Reel Nightmare Films will return to feature film distribution next month with the release of the paranormal murder mystery “Cajun Mystery” and the holiday slasher “Dead by Christmas” set for Halloween 2018. 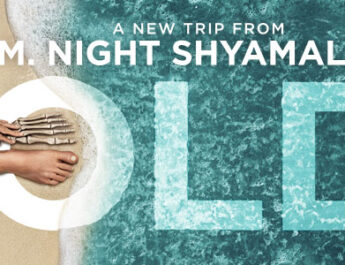