Dustin Mills Productions, the production house that brought you THE PUPPET MONSTER MASSACRE and EASTER CASKET, has taken to Kickstarter to fund their upcoming horror extravaganza SLAUGHTERHOUSE SLUMBER PARTY. This is DMP’s most ambitious project yet, with a cast of both new and familiar faces and incredible makeup and effects by Marcus Koch (MOHAWK, WE ARE STILL HERE, the AMERICAN GUINEA PIG series) and Dustin Mills himself. The campaign launched on July 8th and as of this writing over 100 backers have raised $5,387 of the project’s $13,948 goal with two weeks remaining–the campaign ends August 7th. Stay tuned to the Kickstarter page for more information coming soon, and check out interviews with cast members Haley Jay Madison, Kayla Elizabeth, and Erin R. Ryan!

Stars Haley Jay Madison, Kayla Elizabeth, and Erin R. Ryan would like to share why they think the world needs SLAUGHTERHOUSE SLUMBER PARTY:

Haley Jay Madison (HEADLESS, HUNTERS, IN MEMORY OF): “The world needs a movie like this because I don’t know that it’s ever been done before on this scale. It’s funny, scary, and full of beautiful girls!”

Kayla Elizabeth (BLOOD RITUAL, DON’T FUCK IN THE WOODS 2): “The world needs this movie because let’s face it, movies like this are the most fun and that’s what people need right now. You look at movies with the same type of genre and such, especially from 80s and they don’t compare to anything else you watch. Something about them makes them special. The effects mixed with demons and a group of badass chicks…it’s all just perfect.”

Erin R. Ryan (BABYSITTER MASSACRE, APPLECART, DEVIL’S TRAIL): “…audiences deserve a horror film where women are being sexy and fun for no other reason than because they want to. These are fully developed characters with real relationships, thoughts, and feelings. They get together to have this slumber party as a celebration of who they are and what they mean to each other as people. It’s not to create any kind of fantasy for anyone else. I think that is so important for people to understand here. That’s part of what makes this film so unique in this genre.”

Since releasing his debut feature THE PUPPET MONSTER MASSACRE in 2010, Dustin Wayde Mills has directed over a dozen feature films ranging from the Troma-esque insanity of EASTER CASKET to bleak extreme horror in the HER NAME WAS TORMENT films and even some more family-friendly genre fare with HALLOWEEN SPOOKIES. He has also worked on visual effects and makeup for films such as SUPER TASK FORCE ONE, HARVEST LAKE, SPACE BABES FROM OUTER SPACE, and HOVER in addition to his own films. In addition to his indie horror all-star cast, Mills is reteaming with makeup/effects wizard Marcus Koch (the AMERICAN GUINEA PIG series, MOHAWK, WE ARE STILL HERE) to create some wild practical effects and makeup blended with CG approaches in exciting new ways. SLAUGHTERHOUSE SLUMBER PARTY is by far Mills’s most ambitious single feature project to date, melding a wide array of his influences and interests into one wildly over-the-top comedic thrill ride.

Film Synopsis:
A group of gorgeous gal pals are horrified when one of their friends dies in a tragic naked pillow fight accident during their annual Slumber Party. Fearing legal repercussions, the ladies dump her body in a swamp and forge a runaway letter. Years later, the girls reunite to boob it up one more time with a saucy Slumber Party for the ages, only to have their party pooped by the vengeful spirit of their dear departed friend. Trapped by magic, surrounded by evil, and very underdressed, will they survive the night? Or will this Slumber Party become a Slaughterhouse? 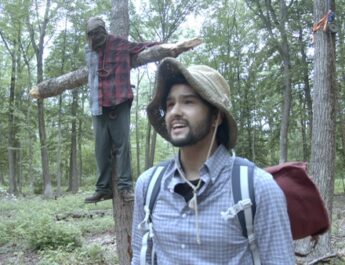 RISE OF THE SCARECROWS: HELL ON EARTH Hits Amazon 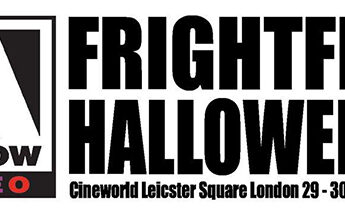