Genre distributor TERROR FILMS has partnered with VIDI SPACE. VIDI SPACE is a new online network founded by the host and executive producer/researcher of the hit shows “Paranormal Lockdown,” “Ghosts of Shepherdstown,” “Ghost Adventures” and “Ghost Stalkers” offering both subscription and a la carte options to their programming. To kick off the new venture TERROR FILMS has made over 30 titles available on VIDI SPACE. A separate slate of films will also be released at a later date from Terror Films sister company Global Digital Releasing and this second slate will be comprised of dramas, comedies and documentaries.

“As an indie company it’s vital to not only have our content on major platforms such as iTunes, Shudder, Amazon, Vudu and so on, it’s also important for us to explore new and exciting streaming platforms such as VIDI SPACE, which will only help expand the digital footprint of our films and ideally increase revenue opportunities for our filmmakers,” stated TERROR FILMS’ President Joe Dain.

A popular feature on VIDI SPACE has been the live streamed premieres of new content that allows customers to watch and interact through an integrated social chat. During the month of October, a new movie from TERROR FILMS will be aired Thursday through Sunday every week at 10 PM EST on VIDI.LIVE (//www.vidi.live). Customers viewing titles via: Amazon FireTV or Roku will still be able to access the social chat online through their desktops, laptops or handheld devices utilizing the same web address. After all live premieres, titles will be available for video on demand (VOD) streaming through a VIDI SPACE subscription, rental or purchase.

“Our partnership with Terror Films is a real first step towards spotlighting a genre in the industry that not only demands constant innovation, but literally and figuratively keeps us all on the edge of our seat. It comes at the perfect time as we focus on expanding our other channels, particularly The Horror Space. The films they are bringing to us truly set the bar to what independent filmmaking is all about,” stated VIDI SPACE President and Co-Founder Elizabeth Saint.

The first 19 films in the series will kick off on Thursday, October 4th. For additional details on the release calendar or how participate in the live streamed premieres, visit VIDI SPACE at https://www.vidi.space. To give fans a sample of what’s to come, check out the promotional sizzle reel created by VIDI SPACE. 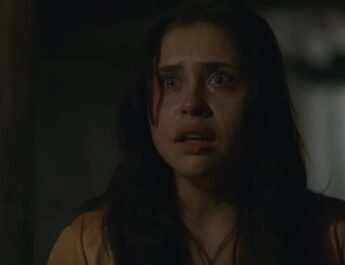