College students from Miskatonic University who retreat to an early 18th-century mansion for a weekend of lust are stalked by a fatalistic female in this horror film taken from a story by H.P. Lovecraft. The demon delights in tearing the limbs off her human victims to carry out a centuries-old family curse. Bloody graphic violence and nudity is combined with some campy comedy.

“Limited edition to 2,000 units with a slip sleeve cover for the Blu-ray, and then we go to the normal cover everyone knows from the 80’s after 2,000 units have sold. The DVD is the cover everyone has seen and loves. Slip sleeve is purely limited to Blu-ray.”
– Stephen Biro, CEO of Unearthed Films

The Unnamable (Original Trailer) (360p) from Unearthed Films on Vimeo.

“THE UNNAMABLE does not shy away from the gooey gore. The victims do not go gently into that good night, and despite its budget, writer/director Jean-Paul Ouellette manages to flaunt the brutality of THE UNNAMABLE’s violent wrath.”
– Amanda Reyes, Hysteria Lives

“There’s something very unsettling about the look of this monster, the naked pale ass, the hooves, the horns, the breasts, the fur…it’s all very Lovecraftian and I adore it.”
– Vince Fontaine, Slasher Studios 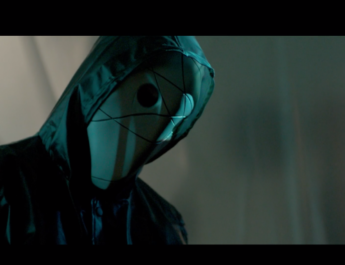