Violence and vengeance await in jet-black thrill-ride SEVEN YEARS OF NIGHT plus author Jeong Yu-jeong will be on hand for a chat about her work @CentralPictureH Fri 2 Nov.

Synopsis:
Seven Years of Night is an intense, noirish mystery thriller set, like In Dreams (Neil Jordan, 1999) Jindabyne (Ray Lawrence, 2006) and Lost River (Ryan Gosling, 2014), around a small town and a dam with a ghost town sunk beneath its waters. After a drunken Hyun-soo (Ryu Seung-ryong) accidentally hits a young girl with his car, her monstrous father Young-je (Jang Dong-gun) seeks a vengeance that will involve Hyun-soo’s son (Go Kyoung-pyo). Directed and co-adapted by Choo Chang-min (Masquerade, 2012) from a novel by Jung Yoo-jung, this highly accomplished tale of two (or three) errant fathers deftly confounds chronology to weave together an intricate narrative mosaic of guilt, revenge and legacy. It dives deep into the dark waters of patriarchy before opening its floodgates. Elegantly shot and confidently told, it exposes different generations struggling to resurface from suffocatingly toxic masculinity. 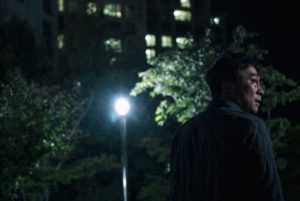 Synopsis:
Returning drunk to his newly purchased Gwacheon apartment late at night, middle-aged Han Sang-hoon (Lee Sung-min) witnesses a baseball-capped man (Kwak Si-yang) battering a woman to death in the street below. Dogged police detective Jang Jae-yeob (Kim Sang-ho) is on the case, and needs someone who can identify the wily perpetrator – but Sang-hoon keeps quiet about what he has seen, terrified of exposing his wife Soo-jin (Jin Kyung) or young daughter Eun-ji (Park Bom) to reprisals from the murderer. As other witnesses are viciously attacked, Sang-hoon will learn that selfishness brings deadly consequences. In a country where civilisation is never far from the wilds, Cho Kyu-jang’s (serial) killer thriller uses cat-and-mouse tropes to hammer home its dispiriting picture of bourgeois, educated Koreans more concerned with the prices of private property than with the values of social responsibility. 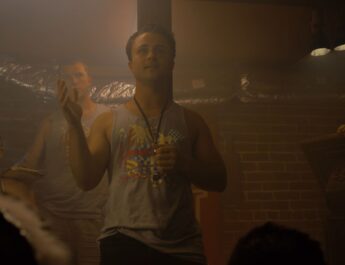