The Blood in the Snow Canadian Film Festival (“BITS”), Canada’s largest celebration of Canuck genre film has announced the full slate of Northern horror for BITS 2018, which takes place from November 22 – 27 at the Royal Cinema in Toronto.

Friday, November 23 sees the World Premiere of Altered Skin, the feature film debut from Toronto-based director Adnan Ahmed, best known for his VFX work (The Strain, Vikings). A deadly pathogen outbreak devastates the city of Karachi, Pakistan. When an investigative reporter turns up dead, expat Craig Evans (Robin Dunne) must discover the mystery behind the virus, for the last chance to save his wife.

Calgary’s Nick Szostakiwskj (Black Mountain Side) returns with his follow-up feature Hammer of the Gods. A falling-from-grace rock band goes deep into the Canadian wilderness on a drug-fuelled spirit journey, where they encounter mysterious forces that could tear the group apart.

Deadsight starring and co-written by Toronto’s Liv Collins (The Hexecutioners) has its world premiere on Sunday, Nov 25. A man with partial blindness and a young pregnant policewoman must work together to escape from a deadly virus that has spread across Grey County. Deadsightplays along with the previous announced The Hoard both World Premieres are the long awaited follow-up films from by the Foresight Films team (Septic Man, Monster Brawl, Ejecta) headed by Jesse Thomas Cook.

Torontonian Tomas Street makes his feature directorial debut with Fugue starring Jack Foley (Lifechanger) and Laura Tremblay (The Expanse). An amnesic struggles to put the pieces of his life back together and begins questioning those closest to him in this puzzle of memory and identity.

Award-winning filmmaker Rob Heydon bring the Toronto premiere of Isabelle, starring Amanda Crew (The Haunting in Connecticut, Silicon Valley) and Adam Brody (The OC, Jennifer’s Body). A young couple’s dream of starting a family shatters as they descend into the depths of paranoia and must struggle to survive an evil presents that wants nothing more than their very own lives.

Passes and tickets are on sale now at www.bloodinthesnow.ca

BITS 2018 is presented in partnership with Telefilm Canada, Ontario Creates, the Independent Production Fund, and the Ontario Cultural Attractions Fund.

Now in its 7th year, the Blood in the Snow Canadian Film Festival(“BITS”) is a unique and imaginative showcase of contemporary Canadian horror, genre, and underground cinema, that exists to challenge social boundaries, explore artistic taboos, and support and exhibit independent Canadian genre media artists. BITS has been named by Movie Maker Magazine and Horror Hound as one of the 30 Bloody Best Genre Fests in the World. 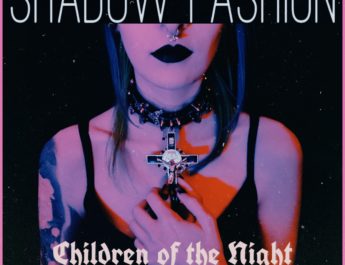 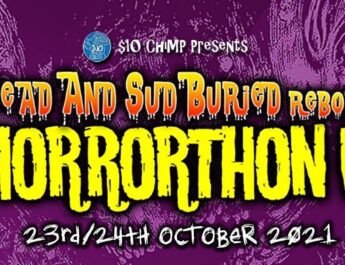 Amazon Studios and Michael B. Jordan’s Outlier Society Present A NIGHT AT THE DRIVE-IN