Here are some of the horror DVD/Blu-Ray releases for November 6th!

In PHANTASM: REMASTERED, Well Go USA presents the Tall Man and his hellish world like they ve never been seen before, in collectible packaging. Follow Mike, Jody, and Reggie as they embark on what is to be a long, nightmarish journey in the face of evil in lush 4K. PHANTASM is the first of five films from Don Coscarelli s classic cult horror series.

A mother-and-son team of strange supernatural creatures move to a small town to seek out a young virgin to feed on.

Planet Terror- After an experimental bio-weapon is released, turning thousands into zombie-like creatures, it’s up to a rag-tag group of survivors to stop the infected and those behind its release. Death Proof- Two separate sets of voluptuous women are stalked at different times by a scarred stuntman who uses his “death proof” cars to execute his murderous plans.

Criminal psychologist Kate Fuller is assigned to the murder of a man who has seemingly been strangled in his sleep by his wife and the only witness is their eight-year-old daughter, Sophie. As Kate digs into the mystery of an ancient demon which kills people in their sleep, she experiences the same petrifying symptoms as all previous victims and spirals through a chilling nightmare to save herself and Sophie before she dares fall asleep again.

A Code Red Release! Mystery, science fiction and horror fuel this pulse-pounding supernatural thriller from Italian director Pupi Avati (House of the Laughing Windows). Not your usual zombie flick, but a thought-provoking puzzler steeped in ancient mysteries, Revenge of the Dead will make you believe the dead can walk again. Stefano, a budding novelist, (Gabrielle Lavia, Beyond The Door, Deep Red) receives the innocent gift of a used typewriter from his wife on their wedding anniversary. While changing the ribbon, he discovers the typed imprint of writing left by the previous owner. Fascinated by this startling essay, Stefano uncovers the experiments of scientist Paolo Zeder whose claims of places where death ceases to exist intrigue the young writer. Obsessed with finding the truth about Zeder’s theories, Stefano is led on a terrifying journey where he is confronted with an occult conspiracy to reanimate the dead! Now see this terrifying tale in HD!

Young, successful horror novelist Savannah Martins new book is taking the genre by storm. Her father, the police chief of her small hometown, investigates murders and foul play too grim for their bucolic life. As she and her friends settle in for a relaxing weekend at her childhood home, the dark secret at the crux of Savannahs success stirs in her dreams and seeps into her reality. Amidst sexual tensions and fireside stories, Savannahs despondency and her fathers case collide with gruesome and horrifying reveals, leaving little distinction between the subconscious and reality.

Things are going well for Isobel, a single mother of one and Pilates instructor, until a chance encounter with a photographer, Peter, opens up the possibility of a new career. Peter offers Isobel an opportunity to try out for a modeling contract. Arriving at the studio prepared to do the photoshoot Peter brings Isobel into his work space but in a shocking twist of fate abruptly closes the door and locks it. Isobel panics but Peter threatens her with a knife. Forces her her to drink some milk and then to do a photoshoot in some skimpy underwear. Isobel refuses and Peter turns violent. Isobel passes out. She wakes up in a different apartment She screams but nobody hears. Isobel threatens Peter with the police but he doesnt care. He explains that she is trapped here. Her only way out is to work as a sex slave. Isobel is attacked again and again. This a story based on true events about a womans fight for her life and her lucky escape to freedom at last.

A young woman struggling to restrain her violent impulses moves in with her new husband and his daughter. Despite her best efforts, she starts to unravel, becoming obsessed with a book she believes parallels her life. When she becomes unexpectedly pregnant, she loses control and puts her family into real danger as she completes her descent into darkness.

High in the Hollywood hills, Tod and his sister Lani, live a breezy and charmed life in the sprawling mansion of their grandmother Judy, a former movie star now relegated to hosting a dying home shopping show. Tod’s decadent Hollywood lifestyle is put into jeopardy when he accidentally shoots his grandmother, and now he has to come up with a diabolical plan to save it… 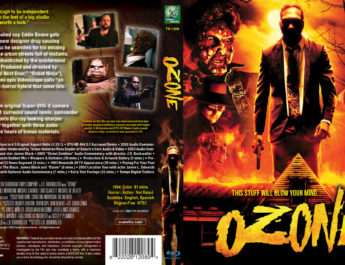