You are invited to Celebrate The Texas Chainsaw Legacy this Christmas with Fantasm Media!

Fantasm Presents #4: A Tribute To The Texas Chainsaw Legacy:
In 1974, independent cinema was changed forever when Tobe Hooper’s original film hit screens. Since then, the characters have been seen in sequels, reboots, comic books, video games and as toys, Halloween costumes and more. In this issue of Fantasm Presents, we honor and celebrate that legacy. Featured interviews include John Dugan, Bill Moseley, Caroline Williams, an essay on Ed Gein and so much more! Expect the same great quality, journalism and surprises that Fantasm Presents always delivers!

Fantasm Presents #4 will feature the standard cover as well as three ultra-limited variant covers, including a very special “Grandpa” edition personally signed by John Dugan! Part of the proceeds of the signed edition will go directly to John to help with his mounting medical expenses.

“John has been a personal family friend for years and I wanted to do something to help him in his fight against cancer. I lost my mother to that horrible disease and my dad has just beaten if for a second time. it was really important to me and the Fantasm Team to rally behind John and do our part to help out our ‘Grandpa’ in his hour of need” – Brian Steward, Publisher & Editor-In-Chief

Each copy will include randomly-inserted “crime scene” trading cards!

Fantasm Presents #4: A Tribute To The Texas Chainsaw Legacy is projected to ship in time for Christmas Delivery. 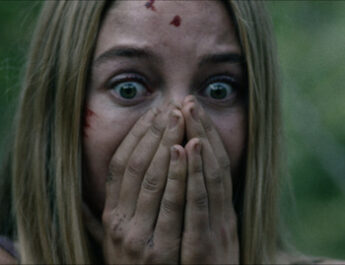 Convention Corner: Days of the Dead