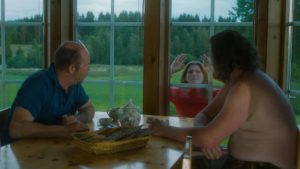 Artsploitation, which acquired all North American rights, plans for a second quarter 2019 release followed by availability on home video outlets, collaborating with Aspect Ratio on a theatrical release at select venues. The picture premiered at the Film Society of Lincoln Center’s Scary Movies Festival in New York, and will make its International Premiere at the Molins Film Festival in Spain on November 12.

Reeling after her latest novel flops, best-selling crime writer Robin Richards (Winter) is sent by her publisher to the Swedish countryside to regain inspiration. There alone, she comes across an assortment of peculiar characters, including her driver and most obsessive fan, his explosively jealous wife, and the progressively more unhinged man who owns the farm that’s hosting her. Totally out of place in her new surroundings—for one, she is always dressed for glamorous, big-city life—Robin discovers just how dangerous these oddballs may be. Bathed in dreamy atmospherics and streaked with offbeat humor, the film pays an homage to Brian De Palma’s oeuvre and a host of fabulously chic Seventies genre pics.

Paradise marks the feature debut of Swedish electro-pop musician BABY YAGA (Winter) and German director Patrick von Barkenberg. Barkenberg, a graduate of the American Film Institute, shot the film with partner Winter at Winter’s family home in the Swedish countryside. Winter composed the haunting score and songs, while producing the picture and also playing the lead role of Robin Richards.

Winter says, “Like my music, Artsploitation explores the dark aspects of ourselves but is also not afraid to embrace the campy and the bizarre. We are thrilled by the prospect of joining the Artsploitation family with our first feature. We love Ray’s visionary catalog of idiosyncratic, provocative cinema that elevates the horror genre in intriguing ways and we are beyond excited to introduce our baby to audiences in North America.”

Patrick von Barkenberg (Director/Screenwriter) is a German-born filmmaker. He emigrated to the US when he received a scholarship to study directing at the American Film Institute Conservatory in Los Angeles, where he studied with Frank Pierson (Dog Day Afternoon), Gil Dennis (Walk the Line) and Jim McBride (Breathless). His short films received the Richard P. Rogers Spirit of Excellence Award, the Telly Award, the ECU Best Editing Award, the Technicolor Grant and the Fuji Grant.

Ándrea Winter (Actress/Producer/Screenwriter/Composer) grew up on a farm in the North of Sweden, close to the Arctic Circle. She left home at the age of 16 to study music and singing at the prestigious Rytmus Music School in Stockholm, had a brief career as a nightclub singer and created the underground Pop Band “Tigon”. She later relocated to New York City to study acting at the Lee Strasberg Theatre and Film Institute.

About Aspect Ratio – Aspect Ratio is a consulting and sales company providing international filmmakers with distribution and programming strategies for the North American market.

About Artsploitation- Not limited to being just a genre label, Artsploitation Films presents intriguing, unsettling, unpredictable and provocative films to an audience long numbed by filmic predictability. 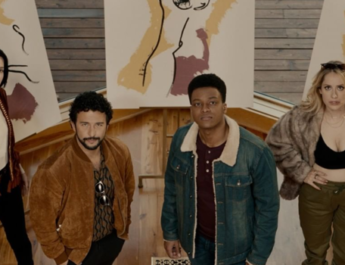