Mark your calendars: Mandy, the modern cult classic Newsweek hailed as a “fable from an alternate dimension,” will have its widely anticipated U.S. and Canadian streaming premiere on Thursday, November 29, exclusively on Shudder, AMC Networks’ premium service for thriller, suspense and horror.

Directed by Panos Cosmatos (Beyond the Black Rainbow) and produced by SpectreVision, XYZ Films, and Umedia, Mandy features Oscar- and Golden Globe-winner Nicolas Cage in a stunning performance that critics are celebrating as one of the best in his long and illustrious career—and which Entertainment Weekly raves is “insane (in all the right ways).” Cage stars as a man whose peaceful woodland existence with his wife is brutally shattered by a nightmarish religious cult and their demon-biker henchmen, propelling him into a spiraling, surreal rampage of vengeance. Andrea Riseborough (Birdman, Bloodline) and Linus Roache (Homeland, Batman Begins) also star.

As previously announced, Shudder acquired the exclusive streaming rights to Mandy in the U.S. from RLJ Entertainment and the Canadian rights from Elevation Pictures. Mandy is the latest in a long list of Shudder Exclusives and Originals to debut on the service in 2018, along with Joe Lynch’s Mayhem, Coralie Fargeat’s Revenge, Demián Rugna’s Terrified and RKSS’s Summer of ’84. 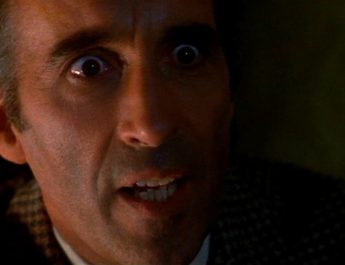