Popcorn Frights Film Festival, the Southeast United States largest international genre film festival, will celebrate its fifth year this August 8-15, 2019. The Festival attracts more than 6,000 filmgoers and industry professionals to its annual week of badass films, events, panels, and parties. Screenings take place in downtown Fort Lauderdale’s landmark Savor Cinema, a state of the art theater which was originally built as a Methodist Church in the 1940’s.

Popcorn Frights showcases features and shorts by filmmakers from around the world to an audience of horror lovers and filmmakers, industry, and journalists. Amongst others, Graham Skipper, Joe Lynch, Neil Marshall, Greg McLean, Colin Minihan, Lucky McKee, Justin Benson & Aaron Moorhead, Trent Haaga, Mickey Keating, and Darren Lynn Bousman have premiered their films at the Popcorn Frights Film Festival before they went on to win awards and broader recognition.

Popcorn Frights has been named “One of the Best Film Festival’s in Florida” by the Sun-Sentinel and internationally recognized for its programming.

We revel in discovering new talent. We don’t discriminate: shorts, features, documentaries, animation, film, and video — all are welcome submissions.

What filmmakers are saying:

“If you want to experience what film festivals are supposed to be — attend Popcorn Frights. They approach curation as fans, yet don’t lose sight of what it is all about — their community. That balance ensures programming that has something for everyone and even a few things that aren’t for some. Backed-up by a volunteer staff that makes you feel like part of the family, this is a fest that makes filmmakers and patrons want to come back for more.” —Andre Gower, director of Wolfman’s Got Nards

“Had a fantastic time at Popcorn Frights, a rare experience hosted by film aficionados who are informed, aware artists themselves. I highly recommend it as a place for new filmmakers to break bread (and wine) with seasoned vets and enjoy sharing their love of thrills in cinema.” —Chuck Russell, director of A Nightmare on Elm Street 3: Dream Warriors and The Blob

“Popcorn Frights is an incredible community of the most passionate fans that the genre has to offer, and I am so thrilled and honored to have been able to show my films there. If you’re itching for a killer festival with an amazing lineup, look no further.” —Mickey Keating, director of Psychopaths

“Everyone at Popcorn Frights took incredible care of me, and made me feel at home from the second I walked through the doors. They care about cinema, filmmakers, and making sure everyone — audience and artist alike — has a fantastic time. I loved playing here and will do so again in a heartbeat.” —Graham Skipper, director of Sequence Break

“Popcorn Frights offers the very best in genre programming in Florida or any other state. A festival not to be missed!” —Jackson Stewart, director of Beyond the Gates

“These guys are so on top of it. Passionate, enthusiastic and knowledgeable, of course; but beyond that, organized and dedicated to promoting and championing their films. Popcorn Frights guarantees a film finds its audience, and that the audience has a blast. It’s a perfect place to be.” —Bill Watterson, director of Dave Made a Maze

“They’ve really put together something special here. If you have a chance to make it out to Popcorn Frights, do it. This is one of the good ones.” —Brandon Christensen, director of Still/Born

“Lights! Camera! Horror! Popcorn Frights Film Festival is everything your fiendish heart could ever desire…and more!” —Justin Seaman, director of The Barn

“Sun, Sand and Horror. Popcorn Frights rocks and is one of the best festivals for indie horror!” —Padraig Reynolds, director of The Devil’s Dolls

“I couldn’t have been happier with the way Popcorn Frights handled our Florida Premiere. It’s a fresh and exciting festival run by movie fans for movie fans and you can’t ask for more. It’s a pleasure to work with them and they make you feel like you’re part of the family instantly. I’m excited to see what they have in store for us next year!” —Alistair Legrand, director of The Diabolical 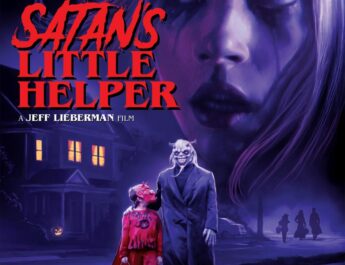