Thanksgiving is on the horizon and COMET TV has an amazing marathon of the original Flash Gordon serials! Perfect to binge Thanksgiving Day, Thursday November 22 starting at 1/Noon C and every Sunday starting at 5/6 C

There’s also Area 10! For the best in cult classic films, look no further than Comet TV! If you’re looking to Rage, there’s The Rage: Carrie 2 to fire up your night, or how about horror master Clive Barker’s Lord of Illusions? If you’re looking for some family fun break out the boom box and head down to Mcy’D’z because we have Mac & Me!

Check out the full schedule and get your groove on weeknights on COMET TV!

COMET TV continues to be the home of the sci-fi classic Babylon 5 which airs every day at Noon/11 C and every night at 9/8 C!

The Comet TV and CHARGE! November Prize Pack has:

1 – Limited Edition Babylon 5 Hat: Only available via this promotion, this hat emblazoned with the iconic Babylon 5 logo will make a spacey addition to your collection

1 – COMET TV Babylon 5 and Space: 1999 Confidential Lithograph Set: This set of lithographs are fun exclusives featuring the iconic ships from the COMET TV Space Block. Packaged in a confidential envelope, this set will give you the insiders info on your two favorite spacey shows.

2 – Exclusive CHARGE! CHiPs Aviator Sunglasses: How you doin’? When cursing down Pacific Coast Highway pop on these aviator sunglasses and get into the CHiPs spirit!

Here’s your chance to win this awesome pack…

-Enter by emailing us at HorrO@PromoteHorror.com with the subject title “November Comet & Charge Giveaway” Include in the email your favorite film from their November line-up below.

-The winner will be selected on December 1st, and will receive a notification asking for their mailing address, which we will need to be returned as soon as possible to ensure submission of your prize.

-Each household is only eligible to win COMET TV + CHARGE! November Pack via blog reviews and giveaways. Only one entrant per mailing address per giveaway. If you have won the same prize on another blog, you will not be eligible to win it again. Winner is subject to eligibility verification.

-Giveaway is courtesy of COMET TV + CHARGE! and open to the US

Airing on COMET in November

FLASH GORDON FEAST (Thanksgiving Marathon)
This Thanksgiving tune in to COMET for a classic Sci-fi feast! When your planet is in danger what do you do? Call former football player Flash Gordon to save the day of course! Flash heads into space with his merry band of friends to stop the evil Ming Merciless and one of his many diabolical plans to destroy our way of life. And you thought climate change was an issue?

Area 10
For the best in cult classic films, look no further than Comet TV! If you’re looking to Rage, there’s The Rage: Carrie 2 to fire up your night, or how about horror master Clive Barker’s Lord of Illusions? If you’re looking for some family fun break out the boom box because we have Mac & Me!

Babylon 5 (series)
New on COMET! Creator J. Michael Straczynski’s ambitious and complex futuristic space opera charts five years in the lives of those aboard the titular 5-mile-long space station, where personal drama plays out against a tense political backdrop of looming war between bitter enemies the Centauri and the Narn.

Space: 1999 (series)
Space: 1999 officially crash landed on COMET! The residents of Moonbase Alpha were just minding their own business when the nuclear waste stored there suddenly exploded, causing the moon to hurtle into space. After passing through a black hole and a couple random “Space Warps,” you begin to wonder, is there a mysterious force guiding them?

Airing on CHARGE! in November

Borderline
The Evil That Men Do
Love and Bullets 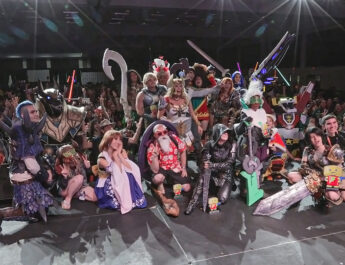 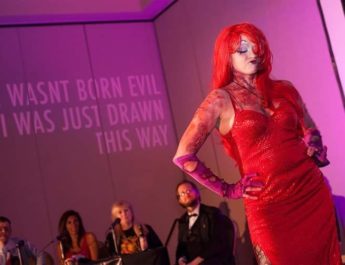