This amazing streaming online channel catalogs the Artsploitation collection like no other place on the internet. The channel digs deep into the archives of Artsploitation showcasing some classic filmmaking gems as well as highlighting great newer movies.

To check out the Artsploitation Channel, visit https://filmfestivalflix.com/festival/artsploitation/. To watch the films, viewers may subscribe monthly (with the first month free), purchase a 30 day pass, or rent individual films.

Artsploitation connotes that perfect blend of genre/exploitation films with traditional art cinema. So be they international thrillers, blood-spurting horror, art house dramas or just plain weird and wonderful, they are all part of the Artsploitation Films family.

You may not like all of what we present but we hope you’ll be at least be intrigued into watching.

But the challenge for most people, even Hollywood Insiders, is they cannot spend the money or time to attend many festivals. Even there, its impossible to see more than a fraction of the films screened.

For the first time, Film Festival Flix is partnering with festivals and expert curators to provide streaming access to those films through our virtual film festival channels! Choose the channels that interest you, and watch what you want, when you want, how you want!

‘Beyond the Woods’ Nominated at the National Film Awards in London 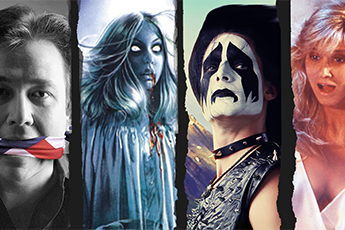