We the deranged film makers at Bloodshed Deathbath Productions have released our latest horror opus entitled Shovel onto Amazon Prime: https://www.amazon.com/gp/video/detail/Shovel/B07KWDFWD7. While only 6 minutes long it was a year in the making with over a dozen very intense and physically demanding shoot days which involved capturing some gripping cinematography, stellar drone work and highly detailed creature makeup and practical effects. The stunning finale of Shovel has left viewers shocked and craving for more.

Director Ryan Policky, “This was one of our few times of recent that we have skipped the comedy and gone for the fear, and I personally feel we hit that visual mark. Shovel is kinda like a music video mixed with traditional narrative and I love the way it came to be. For sure one of my favorite shorts I’ve had the pleasure of working on.”

Shovel stars Aeona Cruz of Terror Tales, Amateur and Unmarked fame. The young actress excelled on set and remained unfazed and professional no matter how surreal or bloody the scenes became. Doug Newville (Dinner with Leatherface, Auto Shop of Horrors) played the beast himself and thrived within the role and became the demonic brute that is Shovel. Shovel also stars Benton Mckibben, Isaac Archuleta, Rodney Tidwell, Amanda Eldritch and Sara Eldritch

The unsettling soundtrack of Shovel was performed by the horror industrial group Genessier who ratchet the terror up like a taught garrote around your neck.

Shovel is dedicated to the memories of Sara and Amanda Eldritch who tragically took their own lives in a suicide pact.

Horror Society: (https://www.horrorsociety.com/2019/01/17/review-bloodshed-deathbeds-shovel/) “I’m anxious to see what Bloodshed Deathbath Productions has to offer in the future, but Shovel is nothing short of a firm, hard digging look into brutal horror and the ying-and-yang of morality. Great job, solid movie.”

Horror Fuel: (http://horrorfuel.com/2019/01/16/short-film-review-shovel-2018/) “To put a beastly bow on it; Director Ryan Policky and Writer Newville have delivered a stalk n’ slay gem that could easily be fleshed into a fearsome feature (and definitely should in my not so humble opinion)…but as it is; they’ve made a great short that’s sure to make you boils n’ ghouls pleased as putrid punch!”

Screamfix: (https://screamfix.com/film-review-shovel-an-indie-horror-short/) “I really dig this short film. It seamlessly blends hillbilly horror & slasher flicks with elements of a groundbreaking classic like The Texas Chainsaw Massacre. SHOVEL is our new horror icon!”

Jonathan Tiersten (Sleepaway Camp/The House That Wept Blood) “The visual imagery and esoteric nuances in ‘Shovel’ staggered me in a way I did not expect. This film begs to be continued.”

Timothy Schultz founder of the Mile High Horror Film Festival: Terrifyingly twisted. This film is a testament that independent horror is alive and well.”

Brian Bonsall (Star Trek: The Next Generation/Mikey) “Genuinely well done, sick and twisted, not for the faint hearted and keeps you wanting more!”

Mister Sam Shearon (Creator for Clive Barker, Rob Zombie, X-Files) “SHOVEL offers a disturbing tone that echoes the cultural phenomenon of the horrors that inspired such films as ‘The Texas Chainsaw Massacre’, ‘Wrong Turn’ and ‘The Hills have Eyes’. This short film holds nothing back as the surreal soundtrack akin to an industrial nightmare drives the vibe quickly into a merciless plot twist… ‘SHOVEL’ has the potential to be a full feature cult classic!” 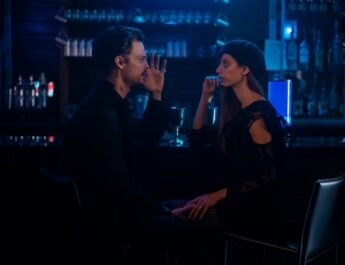 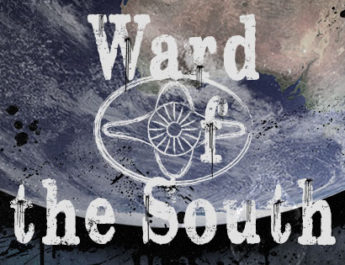 WARD OF THE SOUTH