Directed by the Onetti Brothers, authors of SONNO PROFONDO, FRANCESCA and WHAT THE WATERS LEFT, ABRAKADABRA is the final part of their trilogy of Giallo movies. Winner of over twenty awards, including “Best Promising Directors” at the latest edition of the Sitges Film Festival, ABRAKADABRA is an intense cinematographic experience that highlights the Onetti Brothers passion for 70s Italian thrillers.

ABRAKADABRA tells the story of Lorenzo, son of Dante The Great, a famous magician who died accidentally during a magic trick. Lorenzo is about to present his new magic show in an important theater. A succession of murders occur which seem to incriminate him. He must discover who is behind them and why they want to implicate him. The movie has been produced between Argentina and New Zealand by Black Mandala in co-production with Guante Negro, both in English and in Italian language.

Also introduced in the international market for the first time, MCBETTER, the debut feature of the Italian helmer Mattia De Pascali. MCBETTER is a modern day Shakespearean tragedy where the main character wants to take control of a fast-food restaurant. Comedy and social commentary unites with more typical horror elements in this original movie from Italy, selected at the Indie Horror Skulle Awards as Best Foreign Feature. EuroObscura will handle the sales for both titles in Berlin.

“Dante, The Great”, a prestigious magician, accidentally dies during a risky magic trick. Thirty-five years later his son Lorenzo, also a magician, presents a magic show in one of the most important theaters in the city. From then on, a series of murders will begin to take place and will attempt to incriminate him. Lorenzo must discover who and why seeks to involve him before it is too late…

MCBETTER is a modern-day Shakesperean tragedy where the main character wants to take control of a fast-food restaurant chain instead of the Kingdom of Scotland. The struggle for power takes place inside the wealthy businessman’s mansion but, outside, a wild and destructive presence threatens the integrity of all humans. 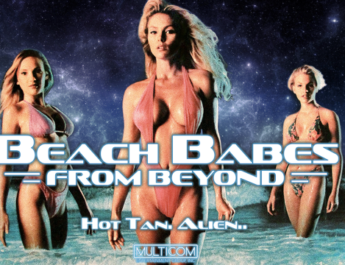