The dark, indie thriller Made Me Do It is the latest title to be released by U.S. based distributor Indican Pictures. A psychological look at the creation of a serial killer, Made Me Do It takes a first-hand look at a troubled slasher villain. Shot with almost complete practical effects, Made Me Do It is a film from director Benjamin Ironside Koppin. And, the film stars: Anna B. Shaffer (“Strange Angel”), Kyle Van Vonderern (“Death Lust”), Cortney Palm and Jason Gregory London. A preview of the film’s upcoming theatrical and home entertainment launch is available now.

Thomas Berkson (Vonderen) is the portrait of a tortured soul. Abused and rejected, Thomas has only one outlet left – murder! Encouraged by the voices in his head, Thomas seeks out victim after victim as his crimes become ever more bloody. Now, he has targeted Ali (Shaffer) and her family. And, this confrontation will leave everyone scarred.

Made Me Do It will host its theatrical release, today, in Los Angeles. This release will be followed by another one on DVD and Digital platforms. In LA, this title will have at least seven showings, at the Arena Theater; filmmakers will be in attendance. On April 23rd, Indican will make this terrifying title available, across the United States, on home entertainment platforms. Horror fans will not want to miss this disturbing look at the creation of a killer, this month!

The official trailer for Made Me Do It:

For more on the seven day theatrical launch visit the Arena website: http://arenascreen.com

The film’s official synopsis: After a lifetime of abuse and rejection Thomas Berkson has found unconditional love – through murder. He has become a serial killer following the voices in his head. Poor college student Ali Hooper, her little brother and ex-boyfriend find themselves in the wrong place at the wrong time. In this throwback to the classic 80’s slasher films comes this harrowing journey for survival against an unstoppable force of nature.

More on Made Me Do It: https://www.indicanpictures.com/new-releases/made-me-do-it

Interview with Director/Writer of “House of Purgatory” Tyler Christensen 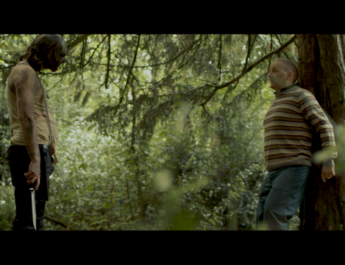