Black Fawn Distribution has announced the launch of their new Canadian Video on Demand service entitled Black Fawn VOD (Black Fawn Video on Demand). The site officially launched this morning to coincide with National Canadian Film Day and can be visited at the following link: www.blackfawndistribution.com/vod

Black Fawn VOD launches with ten titles including fan favorites Bite, Let Her Out, In the House of Flies and The Heretics, some of which have never been available in HD, until now. Fans can simply visit the website (www.blackfawndistribution.com/vod) and digitally rent films via their credit card for a 72 hour period. The company is promising that their price-point for digital rentals will be the lowest on the market while exclusive behind the scenes content and special features will accompany each rental. New releases and additional catalog titles will be added each month while a membership option is expected to arrive in the near future.

“Black Fawn VOD provides an outlet where our films are now more readily available on-line and on the go,” states Black Fawn Distribution’s Operations Manager Chris Benn. “We know that piracy is still a big challenge for all filmmakers out there and we felt that the best way to combat that was to provide quick access to a quality digital format for a fair and reasonable price. We know that film fans across Canada love supporting filmmakers as directly as possible and they also want to watch great Canadian content. This avenue allows them to do both of those things at the same time.”

“After years of people asking, we’re excited to finally bring an on-demand streaming platform to Black Fawn Distribution fans,” explains General Manager Chad Archibald. “Some of our titles are even out of print now but, with Black Fawn VOD, they can still be streamed on your TV, computer or phone in the best quality possible. Black Fawn has always been dedicated to getting as many eyes as possible to watch the films we release and this platform provides an easy way for the growing world of online viewers to access our content.”

“National Canadian Film Day is important day for me as a Canadian filmmaker,” states Black Fawn Distribution’s Marketing Manager Christopher Giroux. “Growing up, I was introduced to a lot of Canadian films and the importance of supporting homegrown entertainment. My parents would show me Canadian classics such as Black Christmas, The Changeling and Cannibal Girls, films that inspired me to become a proud Canadian filmmaker myself. Taking Black Fawn Distribution to the next level by enhancing our digital offering allows so many others to enjoy Canadian content as much as I have over the years.”

“There’s a real tangible relationship between how people want to consume their media and how it’s ultimately delivered. It’s important for us to take note of that and to understand that it’s not all about one particular format. It’s about providing multiple avenues that are easily accessible and reasonably priced so that any film can be seen by as many people as possible. Canada has an abundance of horror and genre film talent and promoting that to our fellow Canadians is paramount to our industry’s success. Canadian film fans want horror and it’s our responsibility to do everything we can to provide as many effective ways of getting it.”

Black Fawn Distribution continues to be responsible for the release of quality horror films across Canada including The Heretics, The Ranger, Bite, In The House of Flies and Horsehead. The company’s promotional team is driven by a passion to release physical product for the enjoyment of both horror fans and film collectors alike while also focussing on alternative platforms for digital delivery. For Filmmakers. By Filmmakers.

Sunday Scares: “A Nightmare of a Night” 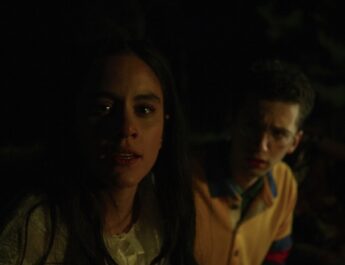