Pack your bags for another terrifying stay at the infernal Abaddon Hotel. HELL HOUSE LLC III: LAKE OF FIRE, the third installment in the hit found-footage horror franchise, has started production as of May 1 and will premiere exclusively on Shudder later this year.

Shudder manager Craig Engler has talked about the franchise, recently. Engler said of the films: “the Hell House LLC franchise on Shudder has been hugely popular, and our worldwide premiere of Hell House LLC 2 last year was one of our most watched films ever.” Engler also said of the film’s debut: “we couldn’t be more thrilled to premiere the final chapter of this epically terrifying series exclusively on Shudder!”

Terror Film’s president Joe Dain has specifically talked of the third film. Dain said of this latest title: “Hell House III will be taking a cue from the original Hell House LLC, returning to its roots to capture the same intensity and fear that fans and critics alike fell in love with.” Dain also said of the partnership with the filmmakers: “we’re thrilled to be continuing our distribution partnership with Stephen and Joe, and I couldn’t think of a better way to premiere the film than on Shudder. It’s our hope that this third and final installment will not only satisfy the multitude of questions from fans from all over the world, but also act as an exciting precursor for The Abaddon Tapes—a limited series currently in development, which will expand on the history of the Abaddon Hotel, the now infamous setting of the franchise.” The latest film, HELL HOUSE LLC III: LAKE OF FIRE, will be available in just a few months. 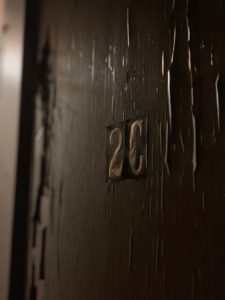 In HELL HOUSE LLC III: LAKE OF FIRE, guests both past and present will be forced to battle for their souls as all is revealed about the infamous Abaddon Hotel and the evil that dwells there. Set one year after the events of Hell House LLC II, the hotel is on the verge of being torn down when it is purchased by billionaire Russell Wynn (Gabriel T. Chytry) as the new home for his popular interactive show, Insomnia. He invites journalist Venessa Sheppard (Elizabeth Vermilyea) and her crew to record everything happening inside the hotel leading up to the performance, but they soon encounter a more nefarious plot, one that threatens to unleash a veritable hell on earth.

ABOUT SHUDDER: AMC Networks’ SHUDDER is a premium streaming video service, super-serving members with the best selection in genre entertainment, covering horror, thrillers and the supernatural. SHUDDER’s expanding library of film, TV series, and originals is available in the US, Canada, UK, Ireland, and Germany on most streaming devices for 4.99/month or 49.99/year. To experience SHUDDER commitment-free for 7 days, visit https://www.shudder.com/

ABOUT TERROR FILMS: Terror Films is a genre distribution company specializing in the release of the best indie horror content across the Globe. Learn more at https://www.terrorfilms.net/, and follow HELL HOUSE LLC on Facebook for official updates: https://www.facebook.com/HellHouseLLC/ 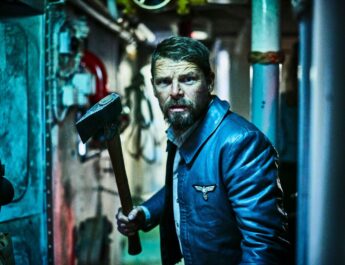 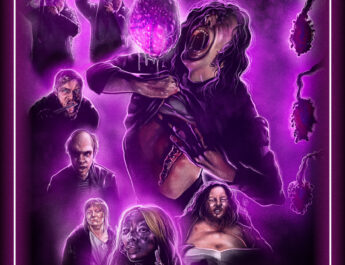 New Trailer for the Upcoming Film “Life in the XXI Century”