“Cory has a stellar record receiving ‘Best Lead Actor’ nominations on the first two of his feature films to be screened publicly. The first coming from his performance in ‘Prodigy‘ which was released this past December. And this is his THIRD nomination for his performance in Straight Edge Kegger,” says Jason Zink, writer/director of Straight Edge Kegger. “It’s been a pleasure getting to know and work with Cory, and he’s continued to be a champion for our flick as we make our way through the festival circuit. We’re truly lucky to have him and I can’t wait to see what he does next. Keep killin’ it, Cory!”

Winners were awarded on Saturday, July 13, 2019, and honored at a ceremony Red Roof Inn, Dekalb, IL. The Selection/Awards Procedure are as follows: Festival Director/Producers make official selections for the festival by vote. Official Selections are then screened/graded by 5 different judges anonymously and given an overall grade on a 10 point scale for each of the qualifying award categories. All judges points are then added together to give it a grade. The top films by grade in each category are then considered an award nominee and listed on this page. The film with the highest grade in each category is considered and announced that category’s award winner at the festival. In the event of a tie for highest grade, the festival director, festival producer, and festival founder will each vote on the tied films giving the majority vote the award. In the event that one of the production staff are involved in one of the films involving a tie, a 3rd party will be selected to vote in place of the production staff member involved. 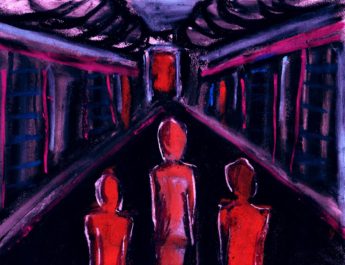