Here are the awesome films that will be showing August 10th… In this shockingly twisted, gore-happy captive/captor thriller, a man and woman awaken post-surgery in an abandoned sanitarium with no memory as to who they are or how they got there. They quickly discover they are not alone. A crazed sadistic doctor holds the keys to their freedom and the horrific answers as to who they truly are. You’ve got to love a horror movie that wears its bloody influences so happily on its sleeve, and then proceeds to roll it up and start swinging the ax in a different direction. ALIVE is a nasty piece of work, but we probably deserve it.

Preceded by the short film: THE GUESSING GAME (Directed by Zachary Wincik): A man invites two old college friends to dinner, where a simple game will have unexpected consequences. Southeast US Premiere!

Popcorn Frights’ “Homegrown: 100% Pure Fresh Squeezed Florida Horror” sidebar is dedicated to renewing and reinvigorating the audience’s engagement with Miami’s local filmmakers and Florida’s homegrown talent. This platform is designed to be a springboard for new filmmakers from Florida and a space that helps forge a new direction for Miami’s genre scene by further cultivating and nurturing its growing film community.

Films featured in the “Homegrown” program include the world premieres of A DOLL FOR EDGAR, ALWAYS LISTENING, THE FINAL GIRL RETURNS, and the Road Warrior-inspired THE LIMITS; as well as the US Premiere of Jon Rhoads & Michael Marrero’s (Popcorn Frights 2017 Best Short award-winners) new horror-thriller CALL FOR A GOOD TIME. Rounding out the program are FEVER, TERROR ROAD, and the Miami based Borscht Corp productions SPIRIT NO.1 and VALERIO’S DAY OUT.

Fans of Eight-Legged Freaks and Arachnophobia, get ready for the next crazy creature feature that will make your skin crawl! A single mother moves from New York to the quiet countryside with her two kids for a job opportunity she can’t afford to turn down. She begins her work as a private nurse to an old man who’s an appraiser of rare antiquities with a secretive past. Things seem normal enough until a shady antique collector brings with him a mysterious relic of ancient origin. All too quickly they discover the relic contains more than just legends…inside waits a terrifying creature born of ancient darkness and pure instinct. Building a relentless sense of menace and creepiness, ITSY BITSY is a straight-out scarefest that will leave you a squirming mass with its grisly pleasures.

Preceded by the short film: LA NORIA (Directed by Rubén Carlos Baena): A young boy who loves to draw and build ferris wheels encounters strange creatures that turn his life upside down. Southeast US Premiere!

A wild amalgamation of Fight Club, Hellraiser, and Dark City, DANIEL ISN’T REAL features a bracing combination of Cronenbergian body horror, stylish psycho-horror, and a cosmic feverish dream that lingers long after the end credits have rolled. When a distraught college freshman faces an unimaginable family trauma, he turns to his sadistic imaginary friend from childhood for help, hoping to unleash some long-forgotten strength. What he friends instead will change his life forever in this mind-altering, deliciously diabolical punk-colored nightmare.

Preceded by the short film: THE VIDEO STORE COMMERCIAL (Directed by Cody Kennedy & Tim Rutherford): A desperate video store owner hires a crew to shoot a commercial in his shop. But when they accidentally destroy a cursed VHS, suddenly, all their lives are in danger. Southeast US Premiere!

A perfect mix of Don’t Breathe, Raising Arizona, The People of Under the Stairs, and Twin Peaks, the viciously twisted and deliriously fun VILLAINS puts two enthusiastic, young and in love, drug-addicted, small-time criminals (Bill Skarsgård and Maika Monroe) into a seemingly perfect homestead that kind of feels like an idealized 1960s nuclear family suburban home. Of course, beneath the neat and tidy trapped-in-time veneer lies something much darker, and the story turns to a battle of wits between the young delinquents who stumble upon a disturbing secret in the basement and the two sadistic homeowners who will do anything to keep their secret from getting out. Off the wall fun and white knuckle past the point of bursting a blood vessel, there’s so much to enjoy in this edge of your seat heart-pounding experience about the shades and degrees of human wickedness. Featuring an all-star cast including Bill Skarsgård (It, Deadpool 2), Maika Monroe (It Follows), Jeffrey Donovan (Burn Notice), and Kyra Sedgwick (The Closer).

Preceded by the short film: STARLETS (Directed by Marten Carlson): An entertainment attorney travels to an isolated farmhouse for contract negotiations and must outsmart an aging film star…If he wants to survive the night. Southeast US Premiere!

Boasting laughable outrageous carnage and seriously grotesque X-rated gore (trigger warning: exploding balls), this take-no-prisoners horror sex comedy sees a group of ultra-Christian movie theater employees face their worst fears when a mysterious set of pornographic reels releases a little more than their repressed desires. Set in small-town America circa 1992, where the local movie theater is showing Encino Man and A League of Their Own, four teenage staffers and a cranky older projectionist suddenly find themselves haunted by a sexy succubus while closing up one night. Violent mayhem ensues as the teenagers desperately try to escape the clutches of the oversexed demon in their midst. You pretty much know what you’re in for with a horror film titled PORNO, and director Keola Racela doesn’t disappoint featuring enough nudity and gross-out gore to please all frights lovers. 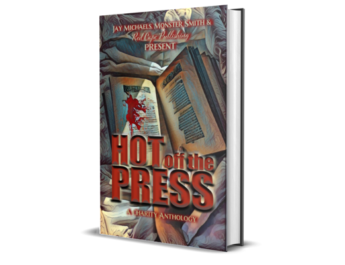 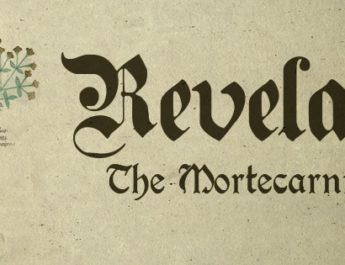